Revisiting Orchha, a charming medieval town in India’s Madhya Pradesh state, after a gap of 20 years, was an eye-opener.  From a sleepy one-street little village where we could only find aloo parathas to eat for lunch and no where to stay for the night, Orchha now boasts internet cafés, signs in a multitude of foreign languages, and restaurants serving espressos and pizzas.

Where good and tangible progress has been made is in the range of accommodation now available, and it was with great pleasure that we stayed at the charming, beautifully located Bundelkhand Riverside, a short walk along the main road out of the village.

Built by the Maharajah of Orchha on land that was originally part of his hunting lodge, the hotel is prettily situated on the banks of the Betwa river. There are 27 air-conditioned rooms, many of which have small balconies overlooking the river.  A small but perfectly adequate swimming pool centred around an ancient chattri (memorial).  Good food, served on the lawn amidst spectacularly lush gardens.  Pretty little sit-outs, under ingenious tents made out of old parachutes. Amazing views from the roof terrace. Delightfully friendly and attentive service.

What is not to like in this unpretentious but very welcoming hotel ? 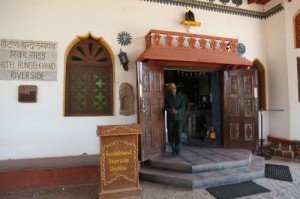 The entrance, above, and the pool below. 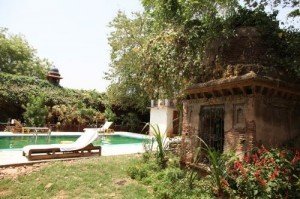 Parachutes doubling up as a shady tent. 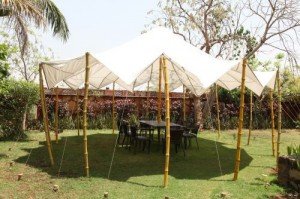 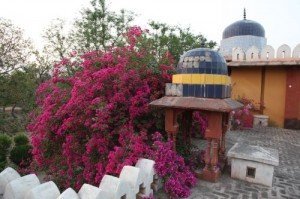 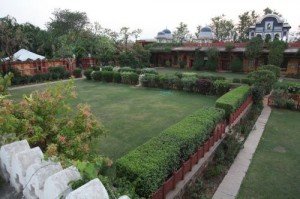 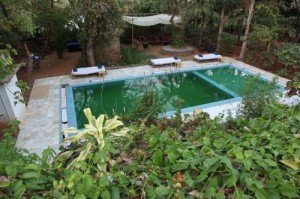 Rates are currently as below : 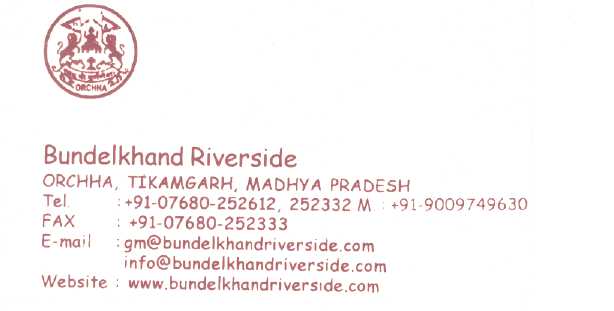 We stayed anonymously at the hotel, and paid our bills (just in case you were wondering).