It was our first day in Hong Kong after many, many years, and our childrens’ first time there.

We were tired, having flown overnight.

But the first thing we did was to make the pilgrimage to the Apple store, hoping to buy the new iPhone 5.  (We didn’t, by the way.  Our names never came up in the lottery…)

And so, being hungry and jet-lagged, we opted for a dim sum lunch on a Sunday in Central, as a way of easing ourselves into Hong Kong.  We chose the Lei Garden (a) because it is in the same centre as the Apple store –  the impressive IFC.  And (b) because it was packed with local families.

The first thing that struck me was the extremely poor English of most of the staff, the surly manager included.  I had remembered better levels of spoken English from my previous visits there, but the staff at the Lei Garden had difficulty understanding anything we said, so there was a lot of pointing.

The service was deliciously offhand and borderline rude, just as I had remembered from old time Hong Kong.  To be fair, though, that was one of the few rude places we visited, and the rest of the week was a breeze, with excellent service everywhere.  (Though still pretty poor English skills)

Lots of things we wanted were unavailable, but we managed a pretty impressive and delicious spread all the same : 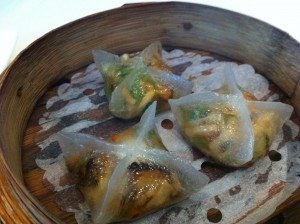 The spicy preserved vegetables (below) were fabulous : 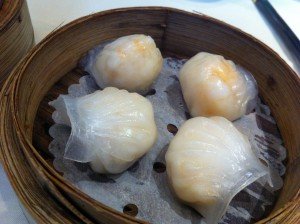 The big problem we encountered at our first meal, and one that would dog us throughout the trip, was the lack of vegetarian food for our daughter.  There was very little for her to eat, and the deep-fried vegetarian rolls with mushrooms (below) were deemed OK, but nothing more than that : 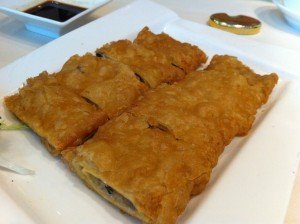 We decided not to be too adventurous : 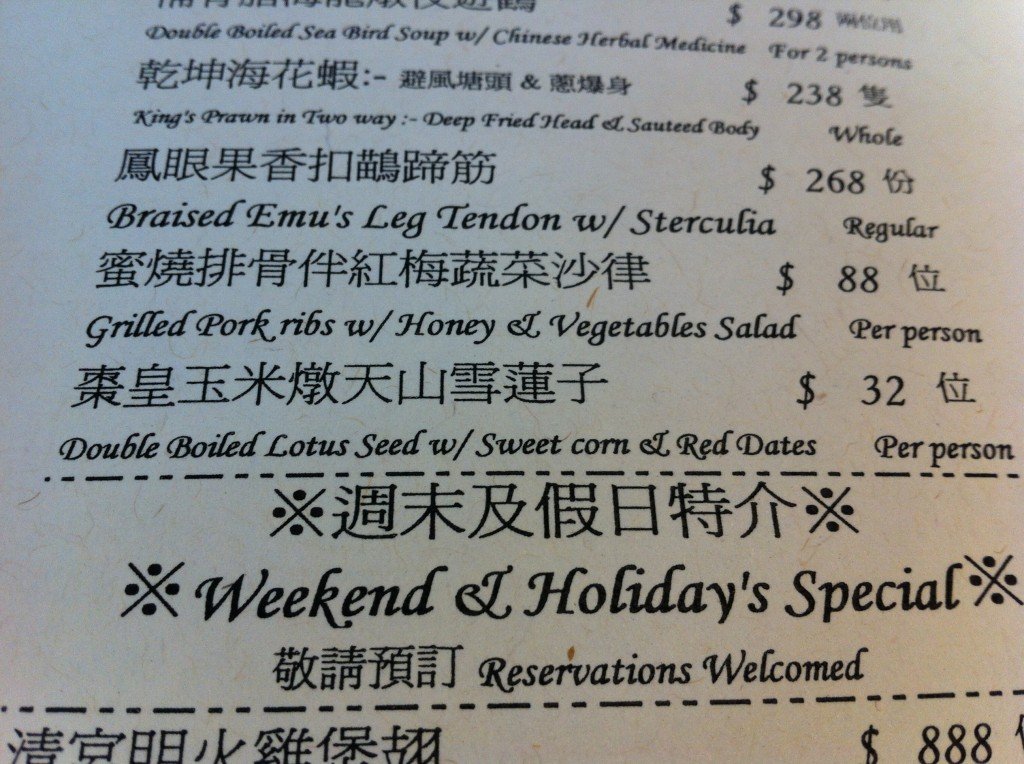 I think it’s the kind of restaurant meant for Chinese and not for we non-Cantonese speaking gweilos. 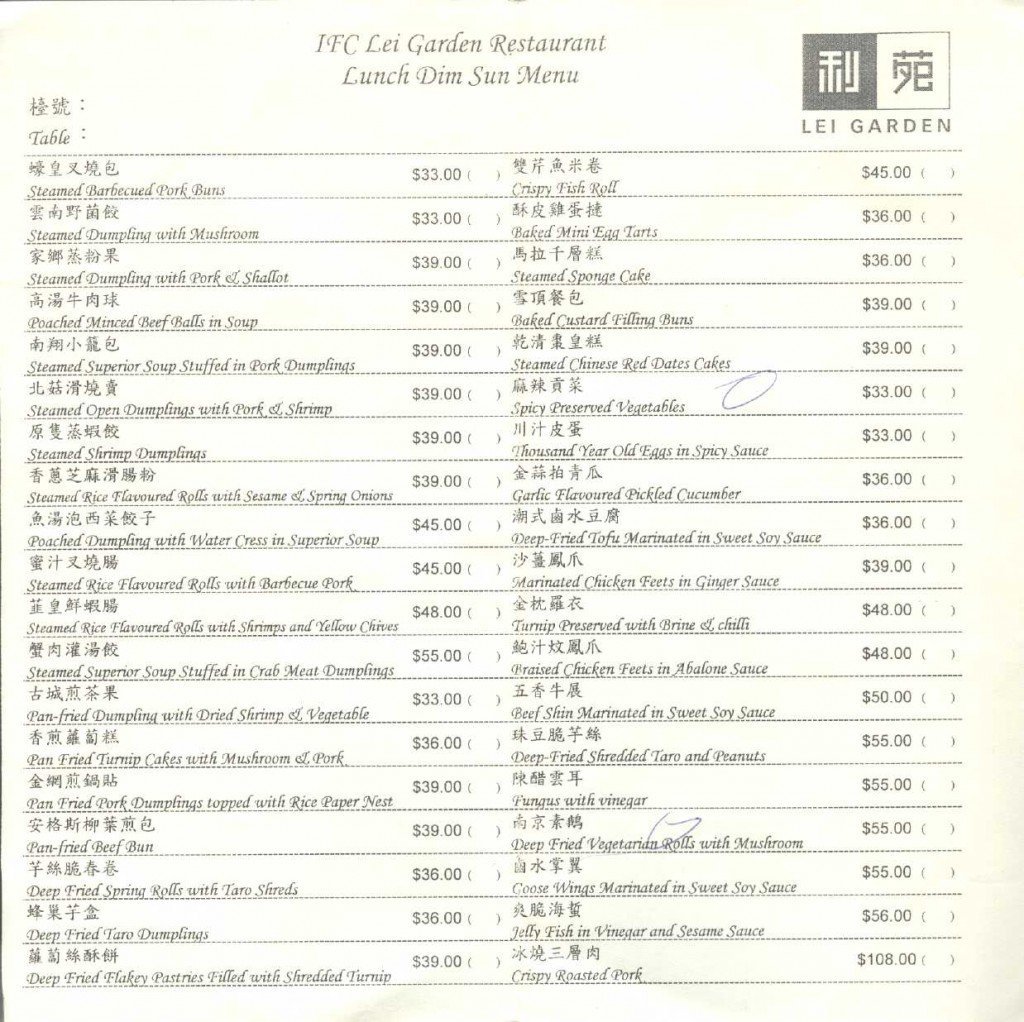 We paid our bill, and I certainly didn’t tell them that I write reviews.  We could hardly order lunch, as it was, so chatting about blogs was out of the question !