Many moons ago, we used to visit Macao at least once a year, on a day trip from Hong Kong that became something of a ritual. 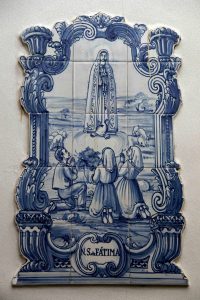 We would take the hydrofoil from Hong Kong, have a delicious lunch at Pousada de Sao Tiago – what was then one of the rare hotels, in what was then a tiny Portuguese colony – and return to Hong Kong in the evening.

Last time we lunched at the Pousada de Sao Tiago was over 25 years ago, on our honeymoon.

So yes, realistically, we expected things to have changed when, for our 25th silver wedding anniversary, we decided to revisit our old honeymoon haunts, young adult children in tow.

Gone was the air of somnolence.

In was hustle and bustle, and huge groups of mainland Chinese out to gamble up a storm.

Gone was the slight air of shabbiness.

In was noisy glitz.

Gone were the mini-mokes in which we used to drive ourselves around the tiny place.

In were highways, newly reclaimed areas, and tower blocks as far as the eye could see.

For a few terrifying moments, we wondered if it might not have been casino-ified or modernised out of recognition, but no, the beautiful old structure still stands. 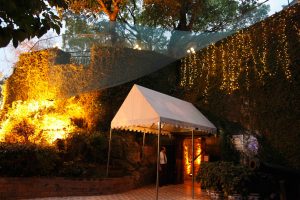 Though, naturally, the surroundings have changed and have somewhat cramped what used to be a feeling of relaxed, timeless, genteel olde worlde-ness. 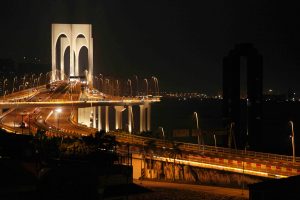 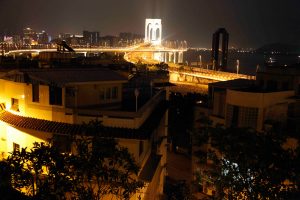 But the service was still great, the food was good, and the staff were absolutely charming for our anniversary dinner.

We’d never stayed overnight at the Pousada before, so I have no way of knowing if the rooms have changed over the years: 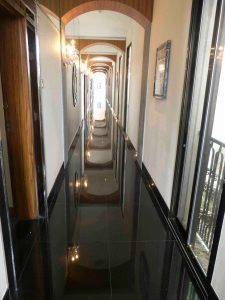 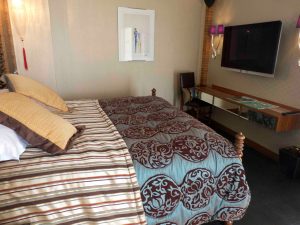 The pool was lovely: 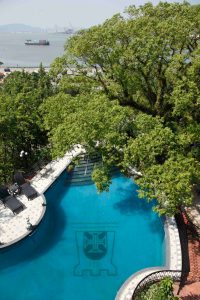 And the pretty 17th century chapel was still exactly as I’d remembered it.  I’d toyed with the idea of having a silver wedding rededication ceremony there, with our two children as witnesses, but The Husband unromantically nixed it. 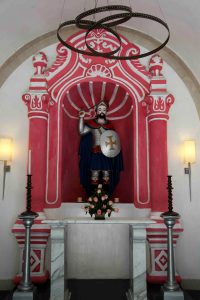 So I went and said a little prayer there alone.

This charming hotel is a welcome relief from the otherwise loud gaudiness that characterises the new Macao.

We paid our own way, and no one in the hotel knew that I blog and wrote reviews.