I was asked to go and try the latest food promotion at the WelcomHotel Sheraton New Delhi, and since I had no idea whatsoever as to what the last Mughal emperor would have eaten, I was obviously intrigued. 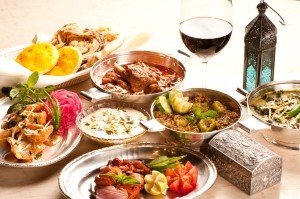 The information we were given sounded even more intriguing :

“The last Mughal emperor of India, Bahadur Shah Zafar, reigned from 1837 to 1858. His table had Turkish, Persian, Afghan, and Indian flavors of different regions and also some of the European confectionaries. Bahadur Shah’s table was rich with food made with dry fruits and aromatic with different herbs, roots, flowers and leaves. There was also use of betel, maple leave, orange rind, orange blossoms, jasmine flowers, rose petals, edible camphor, khas ki jad, pomegranate juice besides saffron, mint, coriander, basil and fennel.” 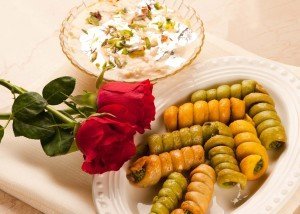 The buffet for the Last Mughal festival was set out a little separately from the regular buffet, and the dishes had different labels, in red with a crown (obviously) but I am not honestly sure how much the regular hotel guest would’ve been able to differentiate the special food (as it were) from the regular buffet.  Sad, when so much research goes into the planning of these food festivals.

I do not eat meat, so my comments on the food will be limited to the vegetarian fare on offer, as well as the fish.  My dinner companions were all omnivores.  They were all also intimidatingly knowledgeable about food and cooking, and very experienced food writers so I kept v-e-r-y quiet over dinner…

Overall, I enjoyed the food, which was very different from anything I had ever tasted before.  Logical, since these were recipes from the Mughal era, according to the charming chef who joined us for a chat at the end of dinner.

I think I shall start with my favourite thing of all from the buffet, Bharta Telai : 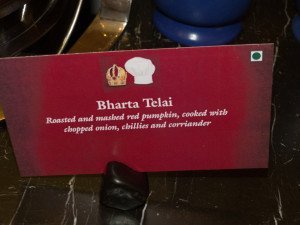 And here it is, and it was truly delicious.  2nd-huge-helpingly-delicious : 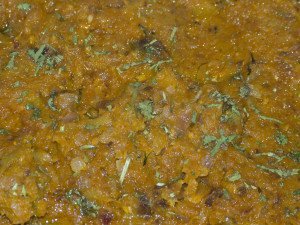 It’s at moments like this that I realise the food photography really is an art in itself…so you are going to have to trust me when I say that the bharta telai was excellent.

There was only one fish fish on the menu, Mahi Badam Qaliya, which was nice, but I found the texture a wee bit odd but it was good overall, with a nice almondy surprise inside : 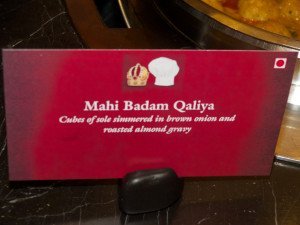 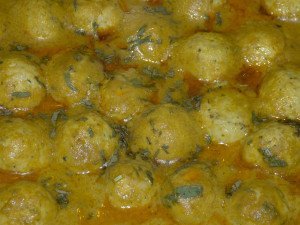 Another dish which I liked, though I found the texture a little reminiscent of dhokla, was Tursh-e-Paneer: 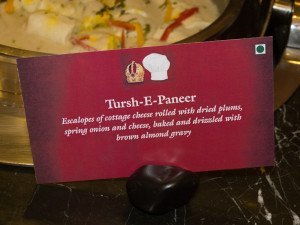 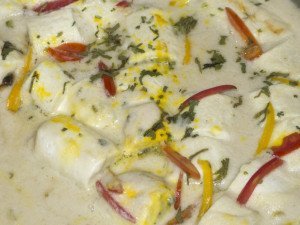 Another dish I took seconds of was Subz Haleem. And once again, you are going to have to trust me here, since the photo doesn’t for a moment capture the great taste : 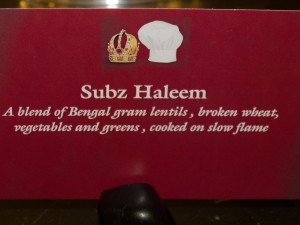 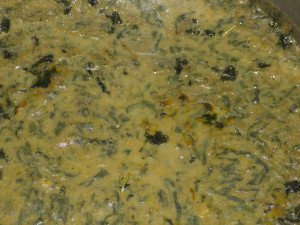 Loved the presentation of the 3 different raitas : 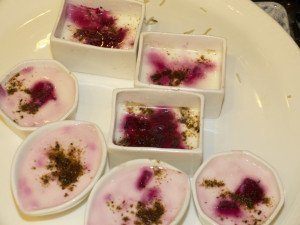 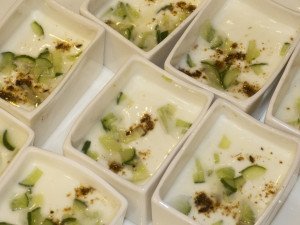 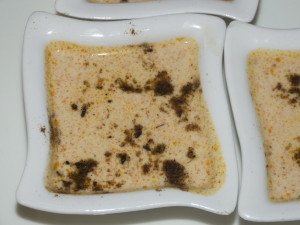 My dinner companions declared this chicken dish to be excellent : 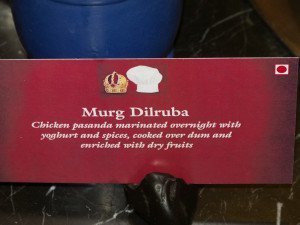 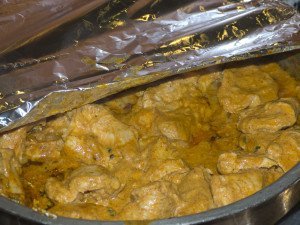 Since I don’t eat pudding, I have to let my fellow diners do the talking,  The phirni was “delicious”, “excellent”, and “sooo good”, so there you go : 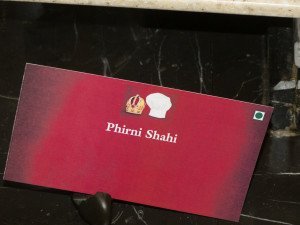 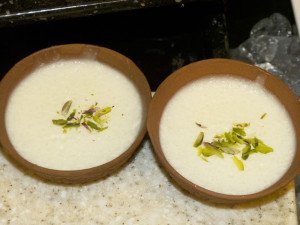 And of the mithai, the fudge-y one on the top plate (below) was the favourite : 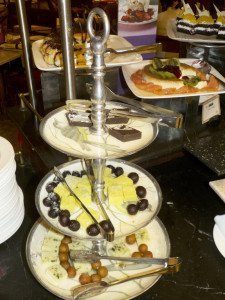 Enjoyable and what I especially enjoyed was the chance to eat completely different food.