In my most recent review, on the Om Beach Hotel in Gokarna, I mentioned that when we stayed there in January there wasn’t really a viable option (price-wise).

Now there is, because a charming little hotel called Sanskruti Resort opened in February.  And so, last week on a return visit to Gokarna, we decided to stay there for one night and check it out.

Negatives first – the property is small-ish, so there are none of the lovely established gardens of the Om Beach Resort.  The rooms are smaller, too, and close to one another.

And that is about it.

Otherwise, for service, smiles and even food, it is already ahead of the competition. 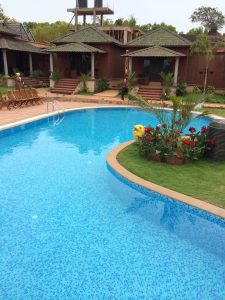 Plus they have a big pool.  2 actually, one shallow (for children, I imagine) and a deeper one, separated by a little bridge.

So, we first visited for a look-see as we drove past, and the staff kindly showed us around.  Then we made a snap decision to change hotels, and when we rolled up for the 2nd time in half an hour, it was to even bigger smiles.

We were given a discount, too.  We were told that rooms with a view were Rs500 more expensive than those without a view, but were given the former for the latter price, without asking.  To be honest, the view isn’t actually up to much, but the thought was sweet.

No liquor permit as yet, but I imagine that’s just normal start-up scenario. 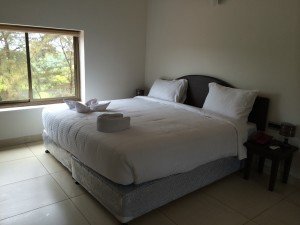 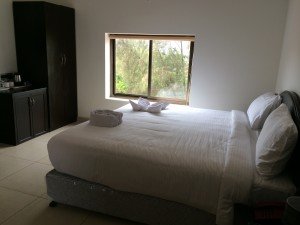 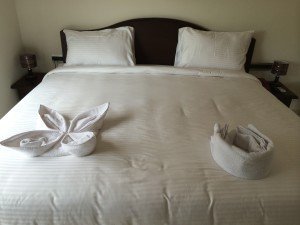 All the doors were a bit sticky in the room – had to push hard to make them close – but I imagine it’s a case of new wood etc etc.

Our bathroom was totally adequate, though they might want to put a shelf/soap dish in the shower area : 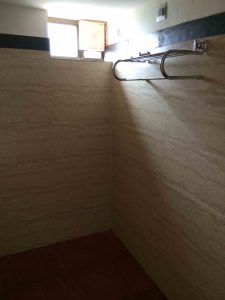 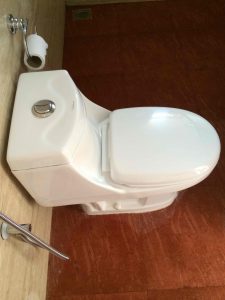 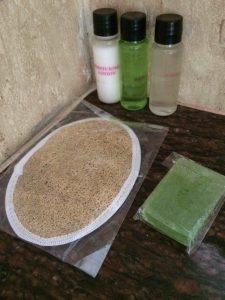 There is the teeniest of sit outs : 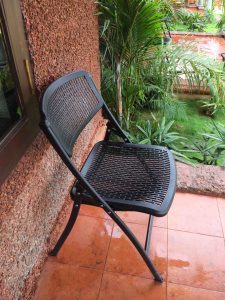 and for us, we had a 3 second walk to the pool.

Straight out of our room in fact : 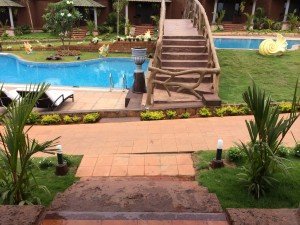 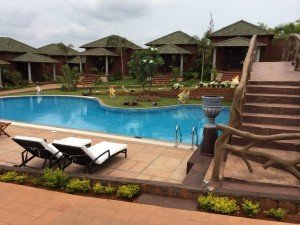 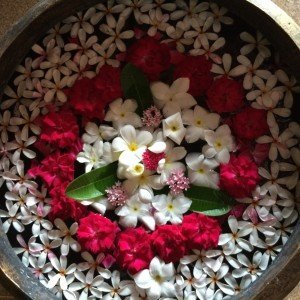 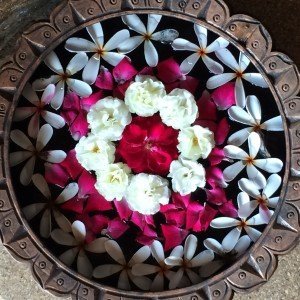 The food was better than Om Beach, with delightfully attentive service.

A cute place and I wish them well.

They are building more rooms at the back, by the way, so I am sure this resort will take off.

I didn’t tell then that I review/blog and we paid our own bill. 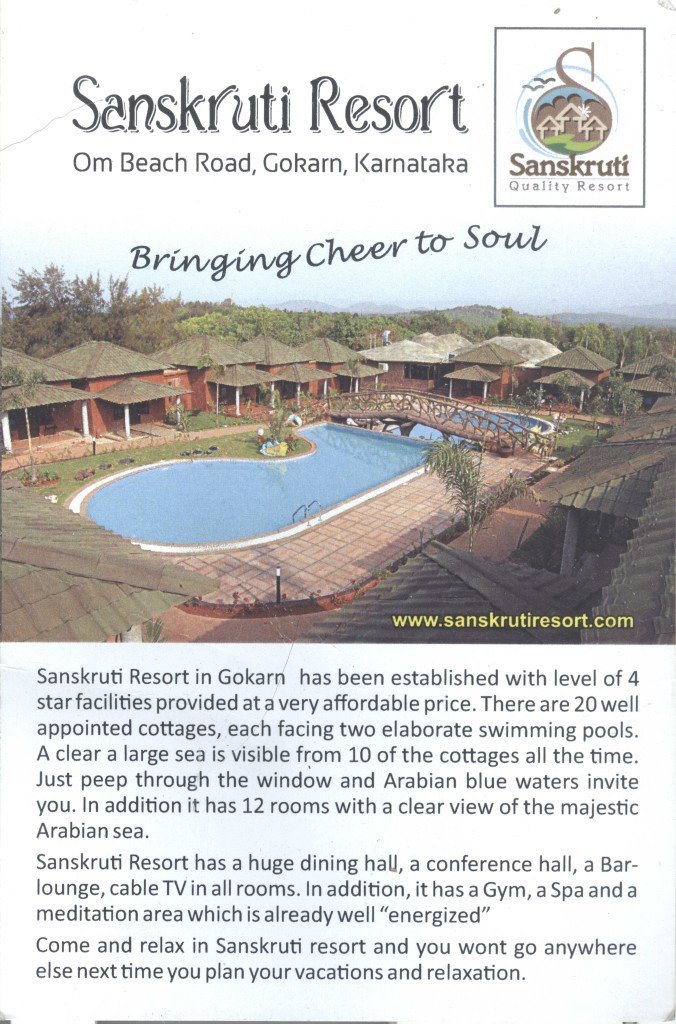 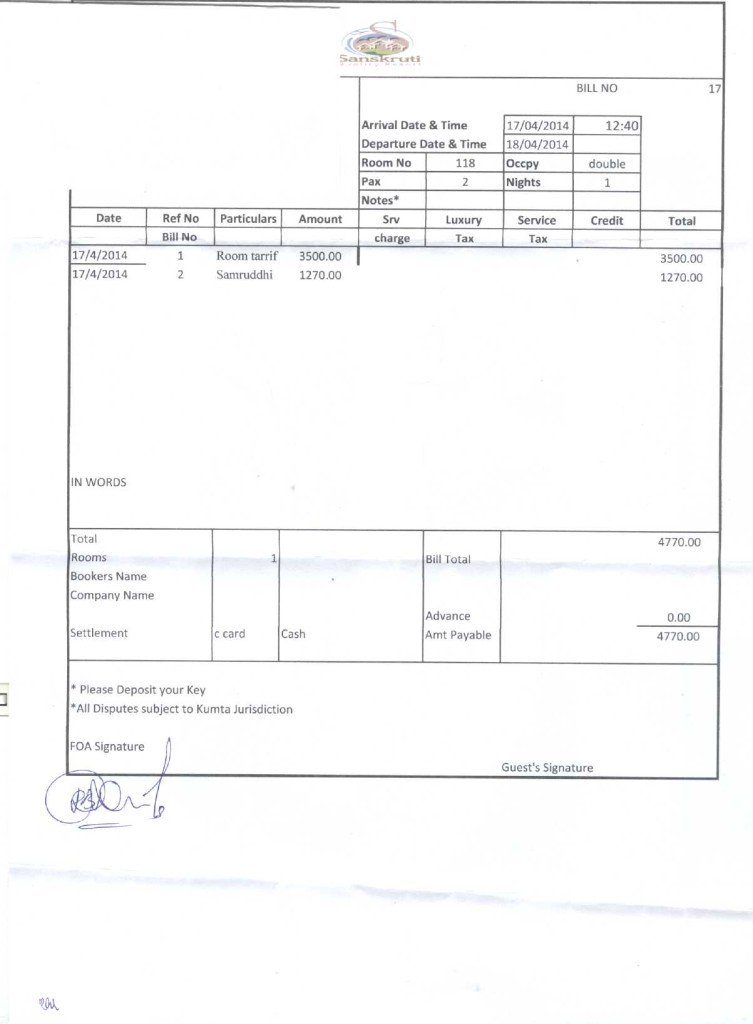