It’s been a while since I was last in Kolkata, which was known as Calcutta then. That’s how long it has been, and then some.

On a fabulous journey of re-discovery last week, we checked out one of the old time classics of this great city –  Mogambo.  It has a delightfully retro feel to it –  just the way I remember the India of the early 80s, before the economy opened up and everything flooded in, good, bad & indifferent.  Mogambo has staff with turbans, and booths in which you sit, and little red reading lights, and it’s all fabulous, starting with the menu and its running commentary on the food:

I had the Fish a la Diana as it so happened, and yes it was rich, with all that cream, but it was delicious.  And a huge serving too : 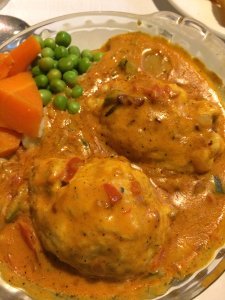 Our friend Sue had the grilled fish which she also pronounced delicious : 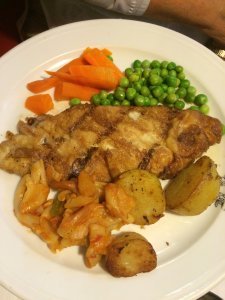 And hubby dearest, who is a bit of a steak-aholic, had the Irish Beef Steak.  Yet again, pronounced delicious and (for once) cooked exactly as ordered –  very rare. 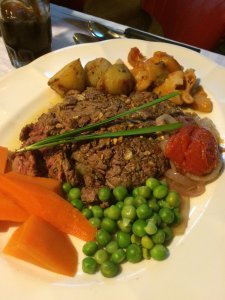 All in all, a good lunch, reasonable prices, good service.  Could’ve done with MRP for the water and Coke, but perhaps that’s not how it’s done in Bengal? 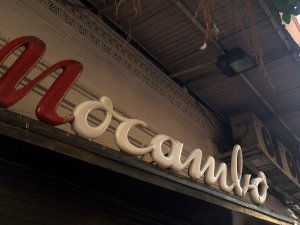 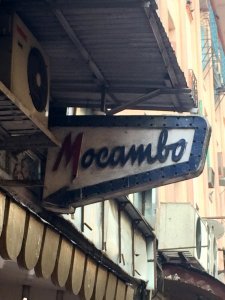 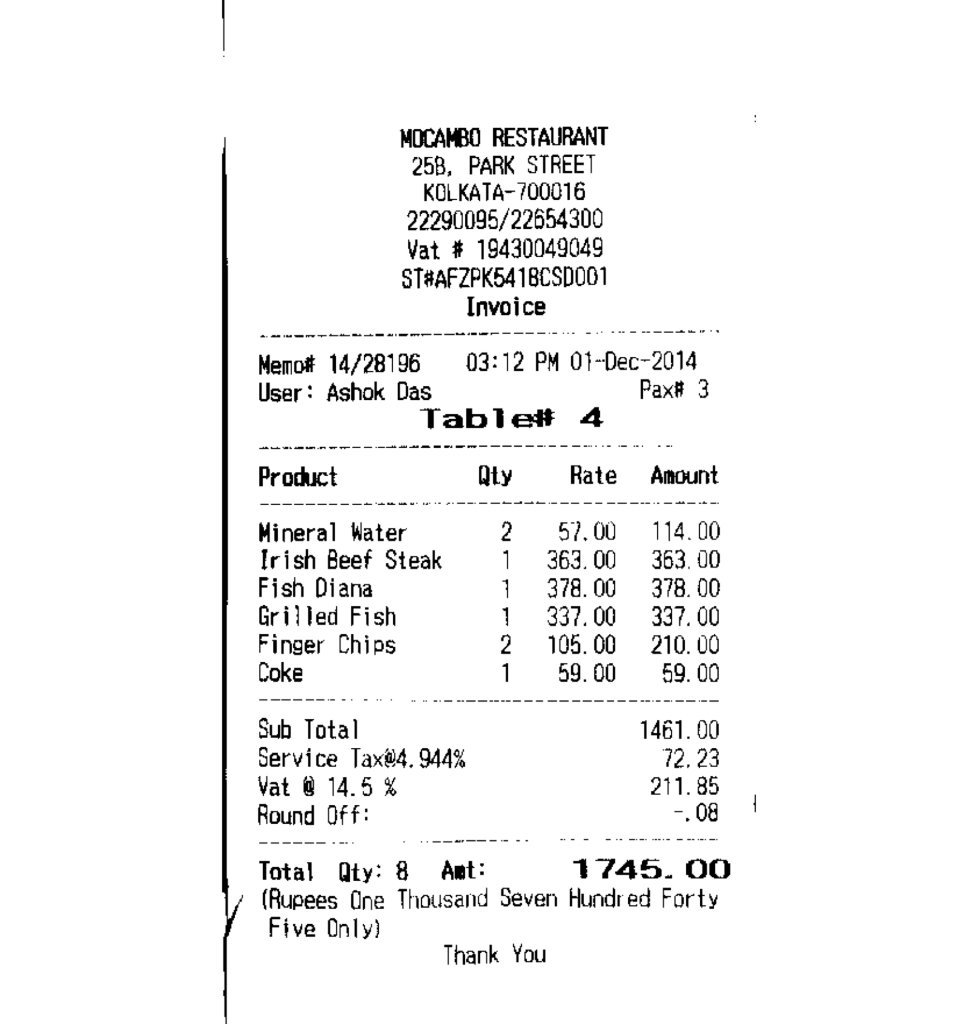 Recommended, for the ambience and also for the food, which is good and hearty.  I didn’t tell anyone that I blog and write reviews, and we paid our bill.