How is it possible to be so out of step  – and, perhaps to coin a phrase – so out of thinking step, with pukka critics, with the folks with a day job, who review TV for a living, who get paid to pass judgement?

We just finished watching “Indian Summers” last night, and when Episode 10 was over, the mood was, “Thank the good Lord THAT series is done and dusted”.  But, hey, what’s this?  Everyone else seems to have loved it.

Can it be me?  Am I the one at fault for not liking such a super expensive period production?

Perhaps my critical instincts are not honed enough.

Or, perhaps, more prosaically, me a Brit, married to an Indian and the mother of two gorgeous Anglo Indian children, and living as we do here in India, and my husband having grown up in Simla…perhaps our critical antennae are tuned a little differently.  I say “our” because, for the record, hubby was as underwhelmed as I was.

We were given the boxed set last month, while on holiday in England, and once back in scorching Delhi, we settled down to watch it with great anticipation, naively imagining something as fabulous as “The Jewel in the Crown”, perhaps, or “Heat and Dust”.  I mean, after all, in the aftermath of such a totally gorgeous, glorious, fabulous production such as “Downton Abbey”, here comes a period drama about India in the last days of the Raj…ooh, yes, what could be nicer.  Gorgeous frocks, gorgeous scenery, drama.  We imagined it all.

Frocks first of all, because it’s the easiest thing to deal with. 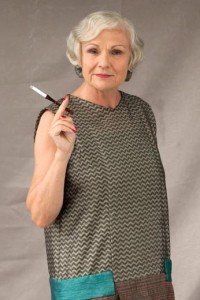 Now onto that gorgeous scenery.  My sister (who kindly gave us the DVDs) mentioned that it was filmed in Malaysia.  Perhaps if you don’t know India, don’t know Simla, it might have worked, but since we do and we do, it didn’t.  The look, the architecture, the vegetation, the sounds, the tea plantation – none of it looked nor felt Indian.  Sorry, but it just didn’t.  It looked and sounded like tropical Malaysia

Now I am going to have to tread a little carefully in my next comments, in this age of uber PC-ism…but sorry, the Parsi family did not look remotely like a Parsi family.  Ditto those orphans, who looked nothing like Ango-Indians, not even remotely like mixed race children.  It would have been so much more dramatic, I think, to have had children who looked the part.  Especially the oddly feral little boy Adam.  If he had looked pale and half European, I feel he would have been a much more haunting and dramatic presence.  More unsettling.

And, yes, on a point of order : I may be wrong here, but I do not believe in a million years that the Viceroy would have done bad Indian accent, head waggling impersonations.

And as for the slow, oh-so-slow lingering camera angles…that just went on and on and on…my goodness me but they did drag things out.  The action sort of speeded up in the final 2 or 3 episodes, where suddenly all the wandering plot lines were yanked together, but then – blow me down with the proverbial feather –  just when you thought they had dispensed with the slow filming, we have Mr. Dalal running in slow-mo.  And we have long, lingering footage of Mr. Dalal and Alice dancing …it’s OK, we get it.  They love each other and are gazing lovingly at each other across a crowded dance floor.  We.  Get.  It.

So, yes, actually – very disappointed, both in the muddled storyline and the seriously mediocre acting (other than the fabulous Roshan Seth, who dazzles.  And who is the only one in that family who really looks and sounds like a Parsi). 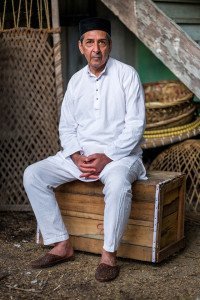 Who is the hero of the piece?  Ralph Wheelan and/or Mr. Dalal?

Are we actually supposed to like Ralph?  I do hope not, because my only thought was that by marrying a woman whom he thinks is rich but is actually skint, at least this scheming manipulative man would be getting some kind of comeuppence.  What a nasty, two-faced hypocritcal bit of work he is.

Cynthia is just downright unpleasant.  And can anyone tell me why she was at the hanging?  Her role as a glorified innkeeper permitted her that?  I hardly think Dalal pere et fils coming to her all-white club was comeuppance enough for her.

So little did I like her character that I actually thought she was going to go up in flames in the final episode when she drunkenly lights candles – and why the Hindu shrine in her drinking den?

And what’s with the plural “summers” in the title?  Does that mean there is more to come?

FYI, here’s what Channel4 said about their own show: