If you love an exciting tale of extraordinary people doing even more extraordinary things and doing them in extraordinary scenery to boot –  then get yourself a copy of “The High”, a documentary about the toughest race on earth.  Settle down and prepare to be blown away by the crazy dreams and the lovely, crazy people you will meet.

I say this advisedly, since Dr. Rajat Chauhan, the man who dreamed up the idea and is the race director, is my running guru and a friend, so I can take liberties and describe him as a crazy dreamer and I know he will smile and say his trademark “Awesome ma’am.”

A few years ago, Doc Chauhan had a decidedly crazy idea.  How about organising a race high up in the Himalayas, one that would take in the highest motorable pass in the world? 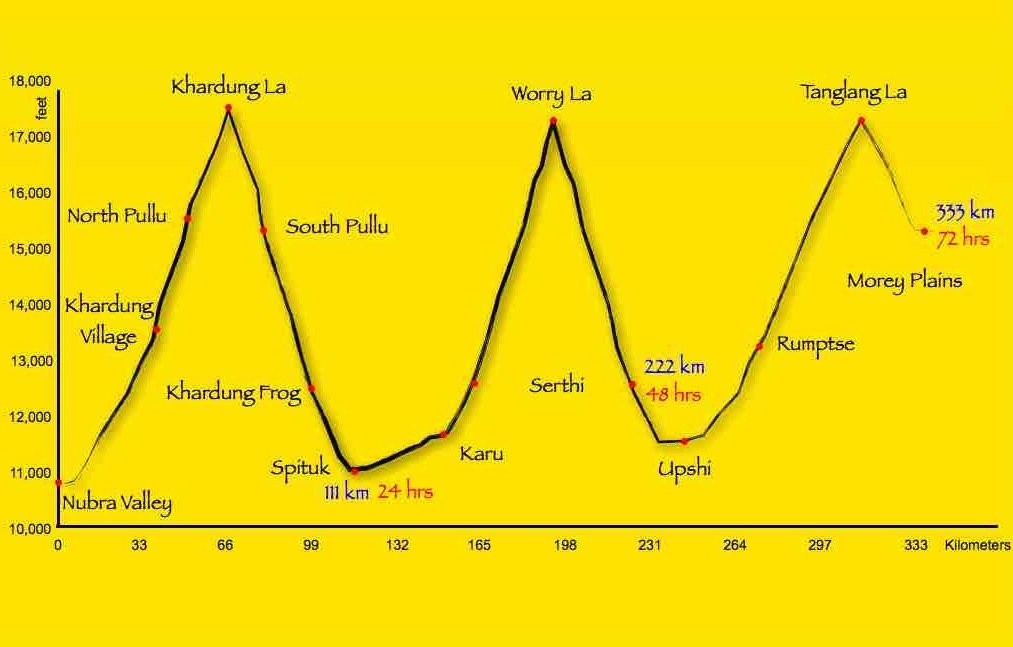 I told you so. 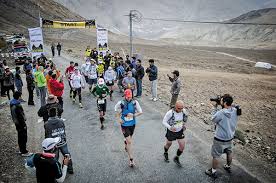 Everyone said it couldn’t be done, including the army, who pretty much run things up in Ladakh, a high altitude sensitive border area, but Doc was having none of it.

The first edition of Ultra the High in 2010 had 3 runners and only one finisher, and this is their story.  And it is a gripping tale of huge physical effort, commitment, and –  yes, let’s not deny it –  physical danger.

I already knew quite a bit about this extraordinary high altitude ultra marathon, having spent time with the 2014 team up in Leh.  Several girls from my running group were crewing for the race last year, and since I was up there acclimatising before attempting a 6300m peak, we all hung out.

So I knew the background and some of the players in this amazing story, and yet, even so, I was gripped watching Barry Walton’s documentary.  Just seeing the struggles and the pushing through the mental and physical barriers of these ultra runners is so exciting.

The runners, the organisers, the crew –  everyone is so committed, so laid back, and so low-key about their achievements.

Ladakh looks as stupendously gorgeous as it is.

A great way to share in the drama of what is, after just 6 editions, already known as the toughest race on earth.  Well, the 6th edition is still on as I write, but you know what I mean.

To run in this race…ah well, now, that’s a different matter altogether…