I am still totally in love with my Adidas Climachill Cosmic Boost shoes but, tragically, they are now officially finished.

Well, that’s if I choose to believe the doleful message from mapmyrun.com received 2 weeks ago : 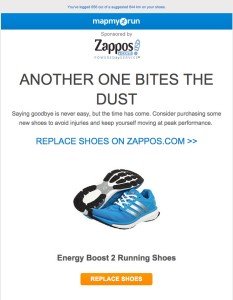 I ignored them, continued with my #dailyrunning and now I’ve clocked up 720km, meaning I am technically “in the red”, as it were : 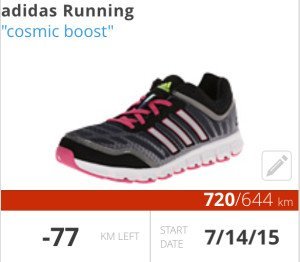 But, as an aside, not half as much “in the red” as I am with my alternate shoes, my “old” Adidas Energy Boost: 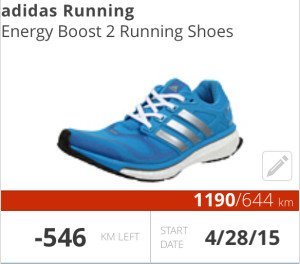 Yikes –  546 km OVER the recommended usage…time to go shopping, quite clearly.

But, yes, back to Africa.

We have just got back from a brilliant trip to South Africa, where I ran ever day, and where my shoes had a couple of fun moments.

We stayed at a friend’s game farm, about 4 hours north of Johannesburg, and since the farm does not have lion, elephant or rhino, it was deemed safe for me to go running in the bush, which was stupendous.  Watch out for rhino, I was told.  And leopard.  But otherwise, no problem.  And so I went for long solitary runs through the bush. 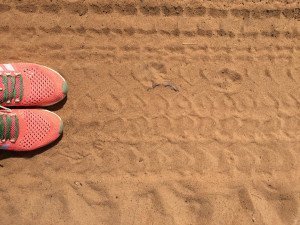 One morning, as we all set off in the Landrover for our early morning game drive, my running tracks from the previous evening were still clearly visible, and so our host suggested we try and identify the pug marks of the wildlife that had walked down the same track after me.   So we all hopped off the Landie and started spotting.

Here, you can clearly see the Adidas logo, and that a blade of straw has found its way on top of my footprint. 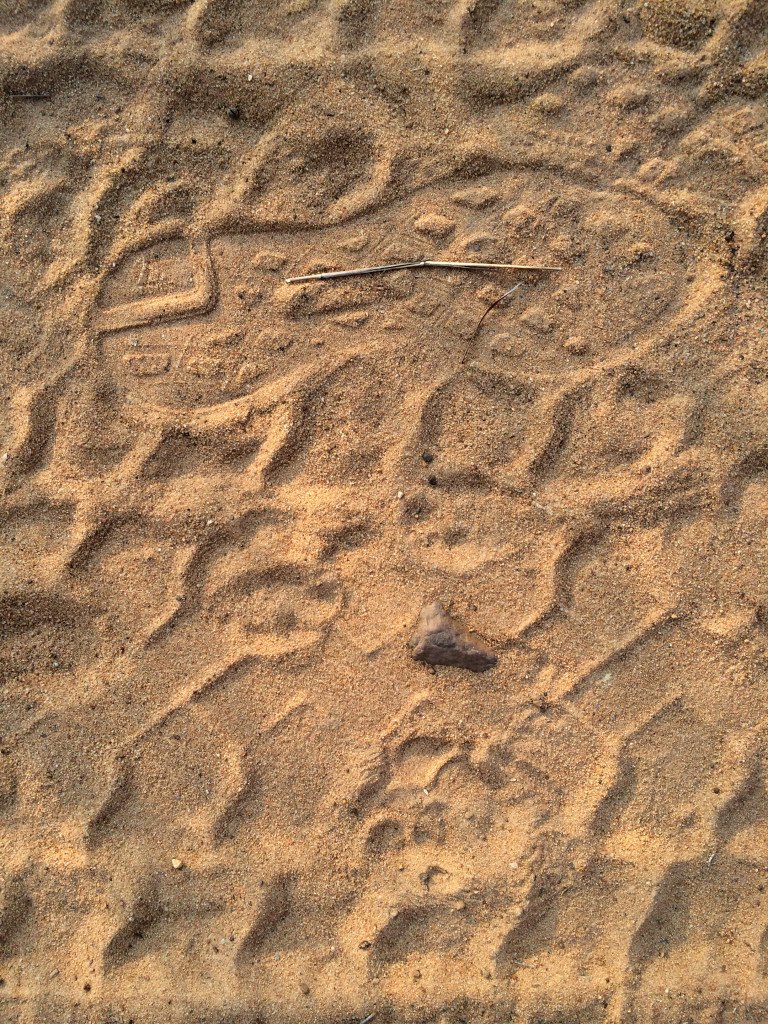 Enough critters had wandered over my footprints…impala…baboon…wild boar.

And then…no, that couldn’t really be a leopard’s pug mark, could it?

Yes it most definitely could 🙂 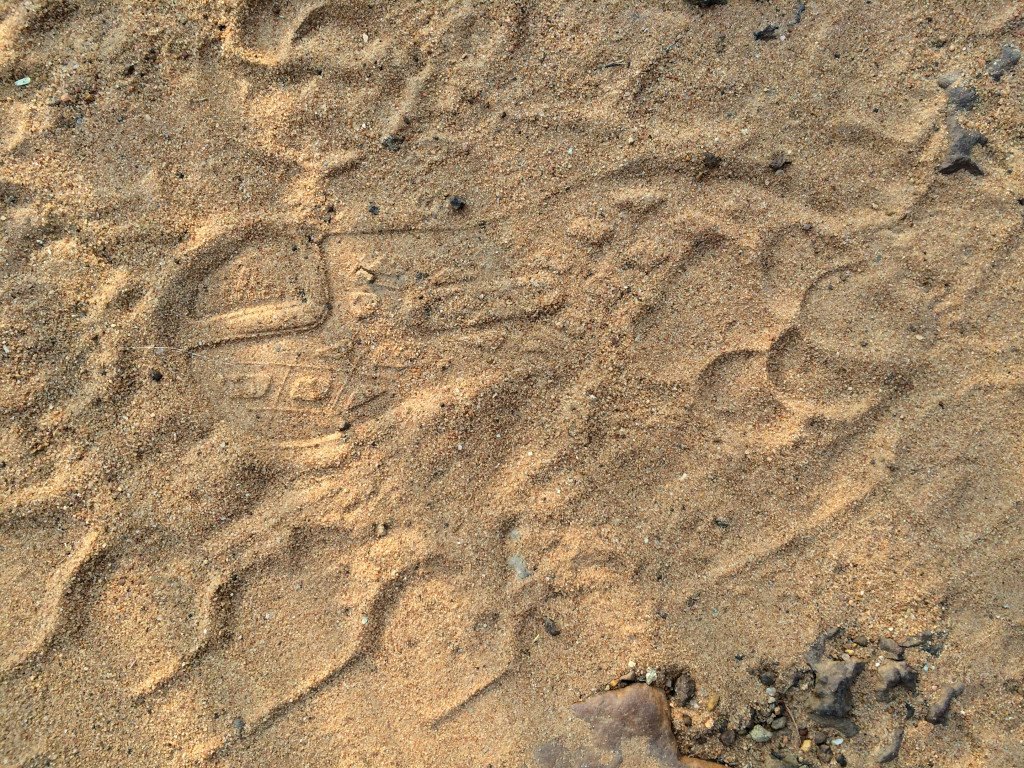 But my shoes’ African adventures were not yet over.

The next week saw us in a friend’s fishing estate in the hills around Lydenburg.

Joy of joys, the estate manager has a tame meerkat, who is cute as a button and super friendly.

And this lil chap fell seriously in love with my shoes.

All that webbing!  He sniffed and poked and clawed away –  in the wild, they grub for food with their long (sharp) nails, so my shoes presented lots of temptation for him. 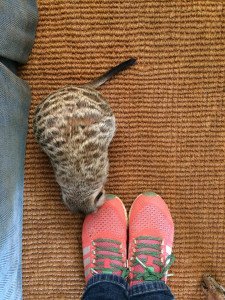 Some times, we sat in companionable silence, while he rested from checking out my shoes. 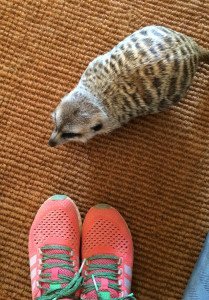 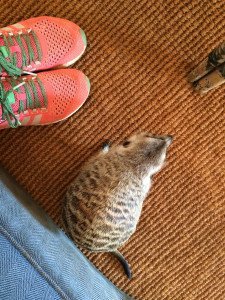 Another day, he checked out my socks with great interest. 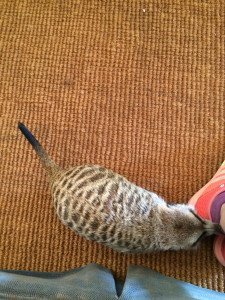 And yet another morning, when I knelt down to try and take a low-level photo of him, he pounced upon the soles of my shoes with great glee, since things do indeed get wedged in the holes, and I could feel him happily scratching and scraping away.

After a while, perhaps tired from all that exercise with my shoes, he scrambled onto my knees, and settled down for a nap.

Now how special is that? 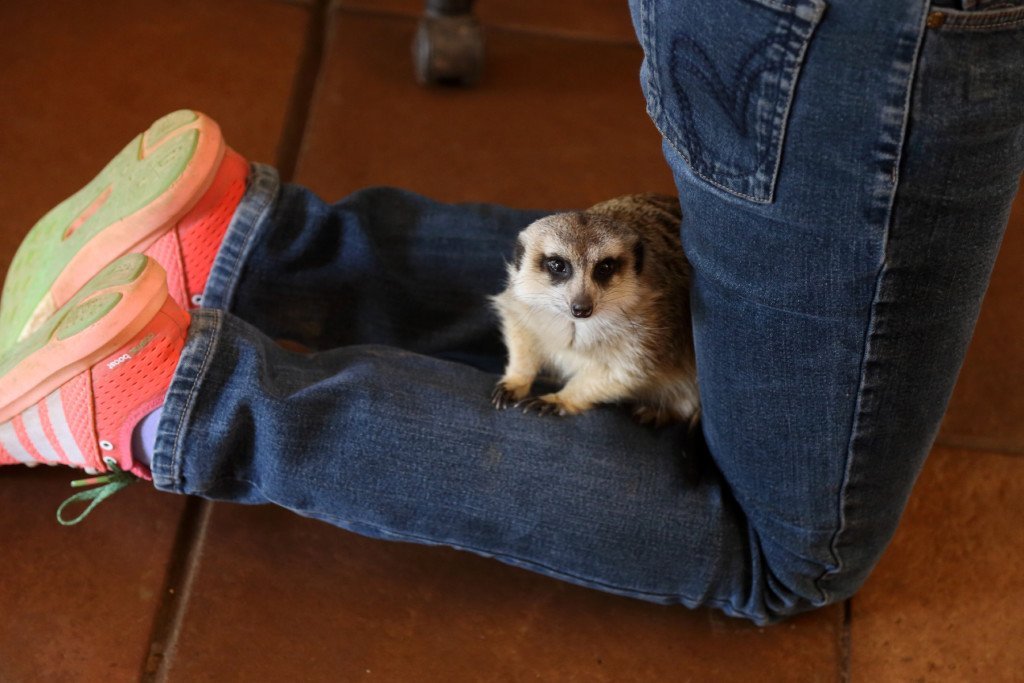 One thing is for sure –  all this African excitement sure beats pounding the streets of Delhi every day.