I saw “Pride & Prejudice & Zombies” last week in London with my oldest girlfriend (hope you don’t mind this monniker, Liz?).  We met at university in our first term, we both of us read English, and are both Jane Austen nuts, so this movie seemed a natural – if slightly curious – fit.

P & P & Z is, without doubt, the most bonkers movie I have ever seen, and I LOVED it.

It definitely helps to be P & P literate, for much of the joy and bonkers-ness of the film comes from the juxtaposition of the great set pieces of the novel –  the ball at Netherfield Hall, for example – with, well, zombie attacks.  I haven’t read the book on which the film was based, “Pride & Prejudice & Zombies.”

The 19th century “look” of the film is perfect.

The beauteous Lily James as Elizabeth Bennet is perfect casting. 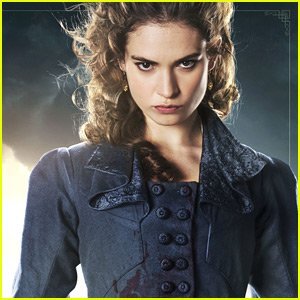 The gorgeous Bella Heathcote is an equally perfect Jane Bennet.

They are both perfect, in their Regency dresses, and ringlets.  And concealed weapons : 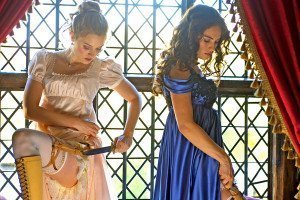 If you know your “Pride & Prejudice” you are in for some great casting.  Douglas Booth is an absolutely dreamy Mr. Bingley. 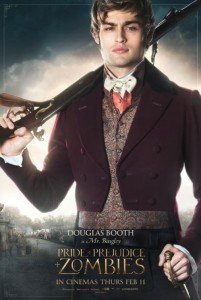 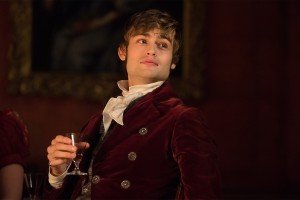 Jack Huston is fabulous as Mr. Wickham, the man we all love to hate. 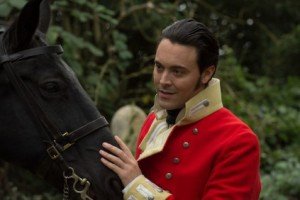 But the most brilliant character of all is the most unlikely Mr. Collins, hitherto the most unctuous man on the planet.  Until Matt Smith weaves his magic and makes him utterly fabulous.  Still a sycophantic creep, agreed, but such fun. 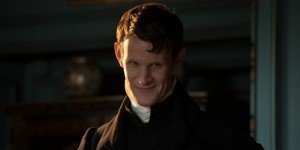 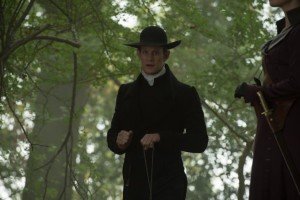 Don’t look for too much logic in the plot.  It’s 60% the book we all know and love.  But with zombies and the undead crashing into the story with amazing amounts of gore and equal amounts of humour.

I’ve read some mutterings about the feminism or otherwise of P & P & Z.

Suffice it to say the film is a hoot, starring girls in frocks, who can all shoot to kill.  I don’t think we need to take this film too seriously as a feminist dialectic or whatever. 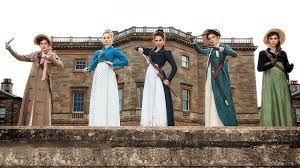 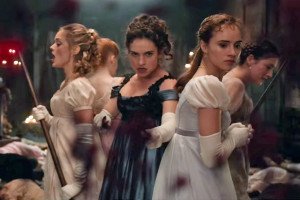 (Yes, you’re right.  No mention of Mr. Darcy, the historically undisputed heart-throb of this book.  Sam Riley is OK, but nothing more.  He has the voice and the smouldering.  He even has the white shirt & the pond, in a delicious nod to his more famous predecessor.  And therein lies the problem for young Mr. Riley)

Recommended, but honestly, only if you know your Jane Austen.  Otherwise lots of in-jokes will be lost.

Paid my own way & no one in Ealing knew I blogged…sigh.