This is a slightly unusual review since it deals with 2 different Reebok shoes, one of which I had to return due to a flaw.

On 28 June 2016 I bought a pair of Reebok Z Strike Elite shoes from the Reebok store in DLF Mall, New Delhi, India.

This was my first Reebok purchase & I was impressed by the knowledgable sales staff (despite it being sale time, so busier than usual) and I bought a lovely blue pair of shoes: 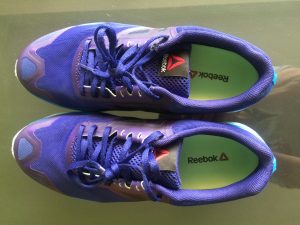 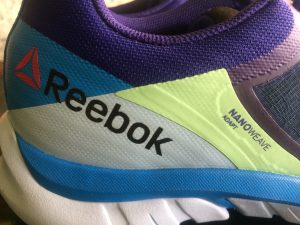 I now possessed 3 pairs of running shoes (#takingmyrunningseriously) and since I was part of a #100daysofrunning challenge, and therefore running every day, I rotated between my reeboks and 2 pairs of Adidas shoes.

I was running an average of 10k per day, but not wearing any pair of shoes on 2 consecutive days.  From the very first run, these shoes felt comfortable, great and cushion-y (is that a technical term?) and very light.  No teething problems, no blisters, nothing.

From Day One I loved the Z Strike Elite, and instagrammed to that effect. 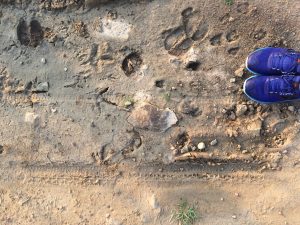 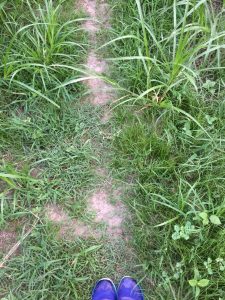 Took my shoes to Borneo: 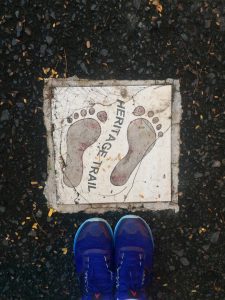 And to Kuala Lumpur: 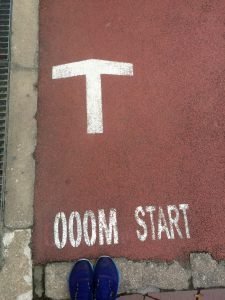 But…at 162 km (I log my usage on mapmyrun.com) holes suddenly appeared in the heel area of both shoes.  Like so: 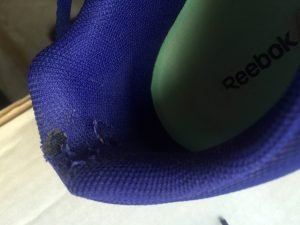 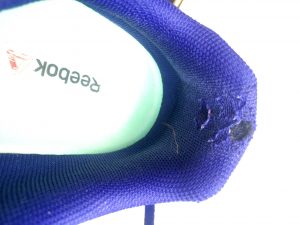 I contacted Reebok –  and this part of my review now covers their customer service.

5 August: I email Reebok, sending the photos I have just shown you (above).

6 August: Reebok Customer Care replies, apologizing and asking for details, including a scan of the original invoice, which I didn’t have to hand, so on the

7 August: I sent a copy of my credit card statement.

9 August: Reebok replies asking me to get a duplicate invoice from the store.

10 August: I went back to the store in DLF mall, where they kindly printed out a duplicate invoice in no time at all, which I emailed to Customer Care.

11 August: Reebok email me to say I could go ahead and claim my replacement shoes.

They were quick, polite and efficient, as indeed were the staff in the shop.

BUT sadly the much-loved Z Strike Elite were no longer in stock, & so I had to get a different shoe, and pay around Rs3000 on top, since the sales are over. 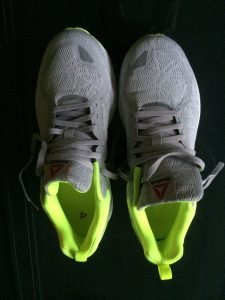 I did my first run in these shoes this morning, and first impressions?

I like the tag at the back when you put them on: 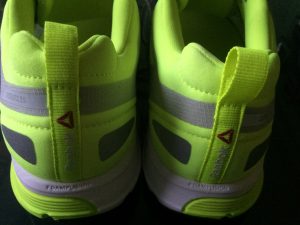 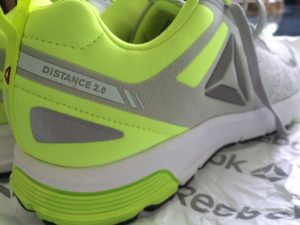 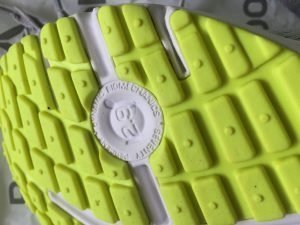 They felt as cushion-y and bouncy and comfortable from the word go as the Z Strike Elite.

Now, though, I shall watch the heels like a hawk, hoping there isn’t a repeat performance.

Has anyone else experienced this?  The inner lining wearing out so quickly?

The store manager suggested it might be because I kept my shoes laced and pushed my feet in and out.

I absolutely don’t, and told him so.  So I actually have no explanation as to why the Z Strike Elite wore out so soon.

Anyway, onwards & upwards as they say – and let’s see how the One Distance 2.0 perform.

Neither Reebok nor the store knew that I blogged and I paid for the shoes myself.