“War Dogs” is a fun, quirky film (though with more F*** words than you can shake a stick at) and – absolutely fascinatingly – a film based largely on true events.

2 youngsters – Efraim Diveroli and David Packouz –  become international arms dealers, exploiting a U.S. government initiative that allows businesses to bid on military contracts.  They scour the internet, find the contracts posted online – all in the name of transparency, bid for the contracts, source the merchandise from some of the planet’s murkiest corners, and become overnight millionaires. 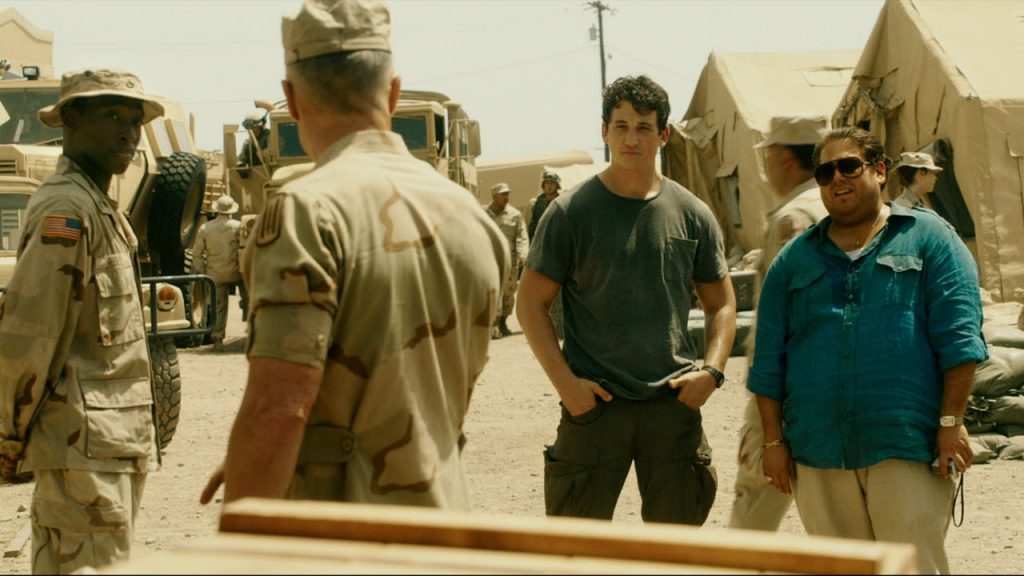 And this is all absolutely true.

To quote the film’s director, Todd Phillips: “To me the guys are heroes…The government knew that they couldn’t source 100m rounds of AK ammo in the middle of a drought after two Iraq wars. So they went to these two kids knowing they were gonna source it in a shady way, and as long as nobody knows, wink wink we’re cool. For me the film is an indictment on the US government and their process of procurement, and the guys are kind of awesome.”

And this is what makes the film such fun.

These 2 youngsters, who rock up to meetings with government officials stoned out of their minds, are super likeable, and you are clearly gunning for them. (Yes, agreed.  Bad pun.)

Miles Teller (David Packouz) and Jonah Hill (Efraim Diveroli) are both excellent, playing the young, hustling, “bro” lifestyle to perfection, though Jonah Hill does tend to steal the limelight. 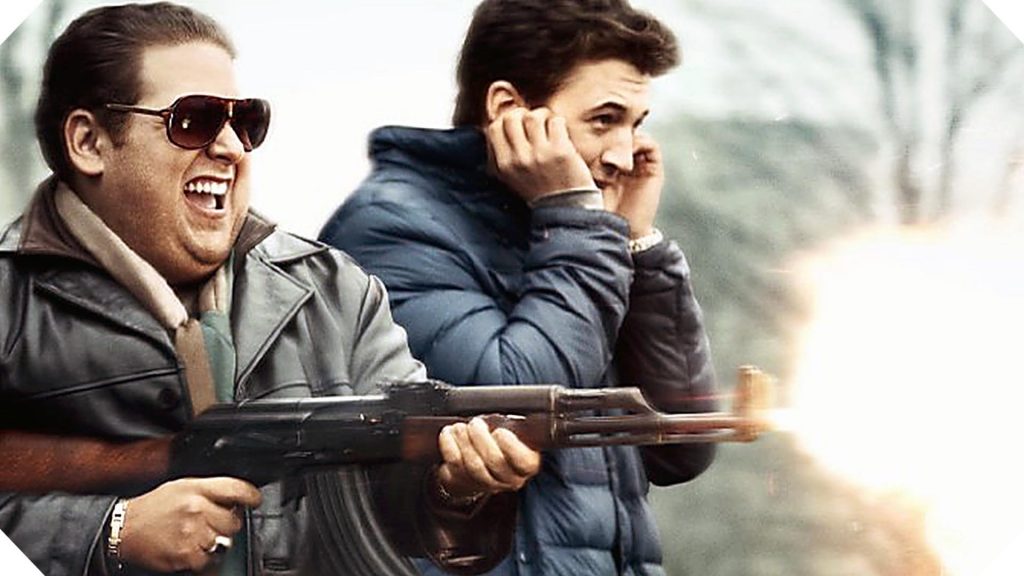 The real David Packouz even has a small part in the film.

And I learned a little piece of recent, crazy American history.