Borneo’s Sipadan is a mecca for scuba divers, and on both our visits there we have stayed at the lovely Mabul Water Bungalows.

The first time we visited was in September 2009, for our son’s 21st birthday and we returned in August 2015 for my husband’s 60th.  The very fact we returned is testimony to the quality of the accommodation and the diving infrastructure.

The resort is super pretty, with walkways connecting all the different parts of the resort: the rooms, the main hotel dining area, the dive centre and then onto the “mainland,” which is actually a tiny island, with a few stalls and another dive resort. 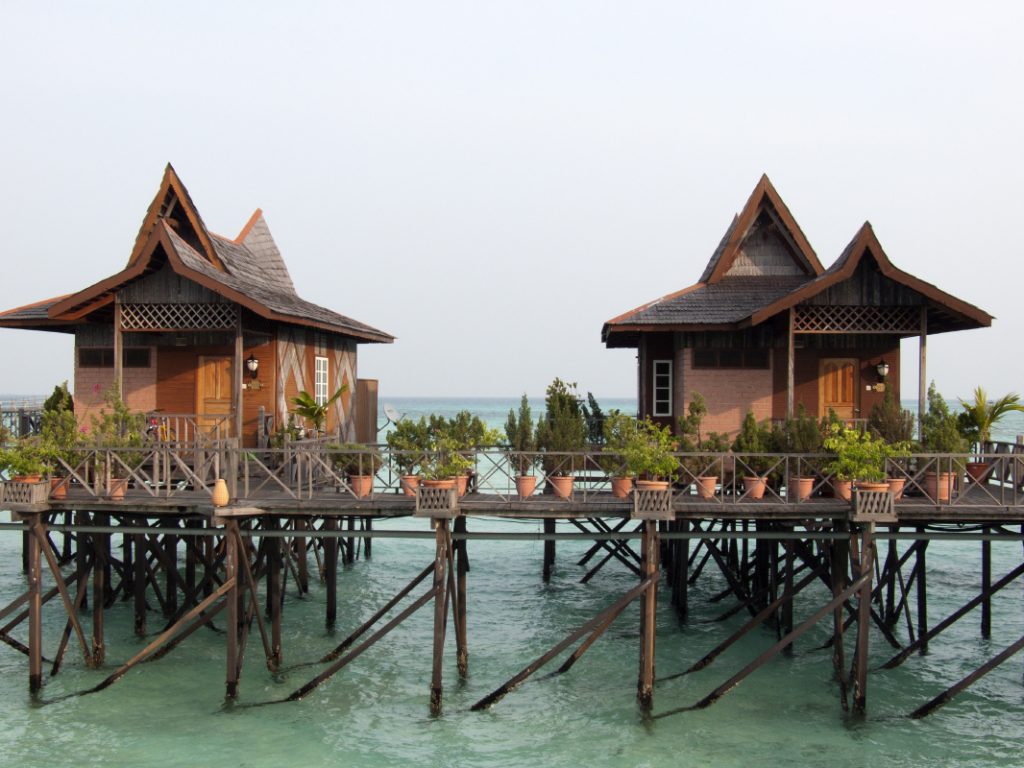 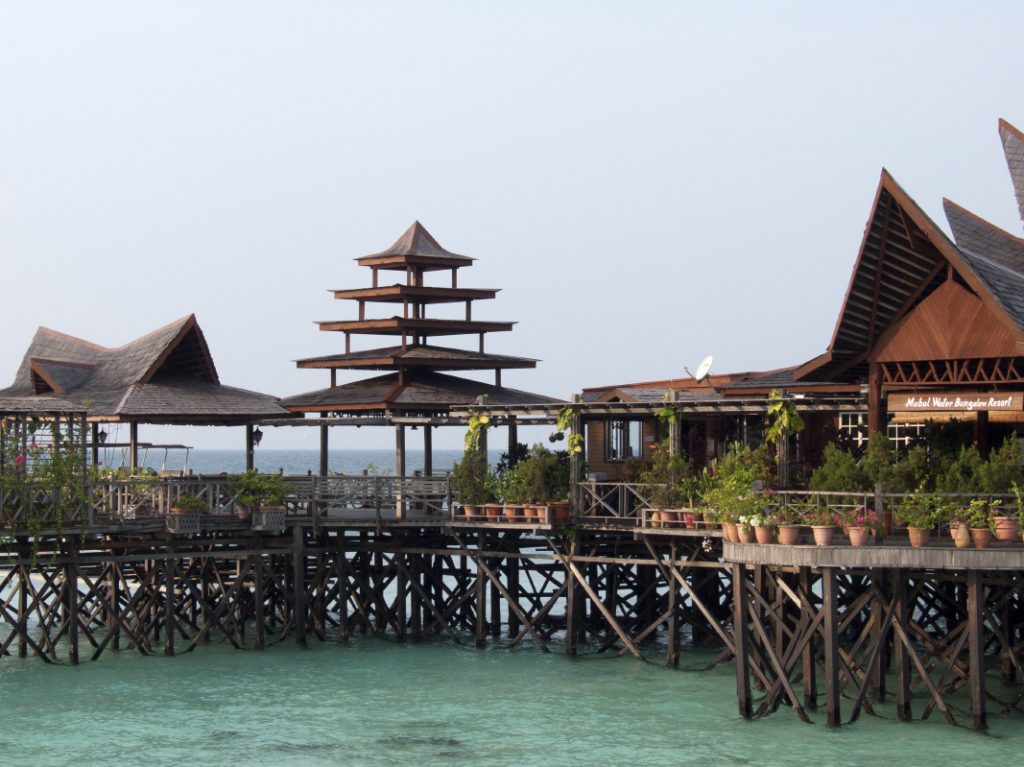 Every room has a bike, for getting around: 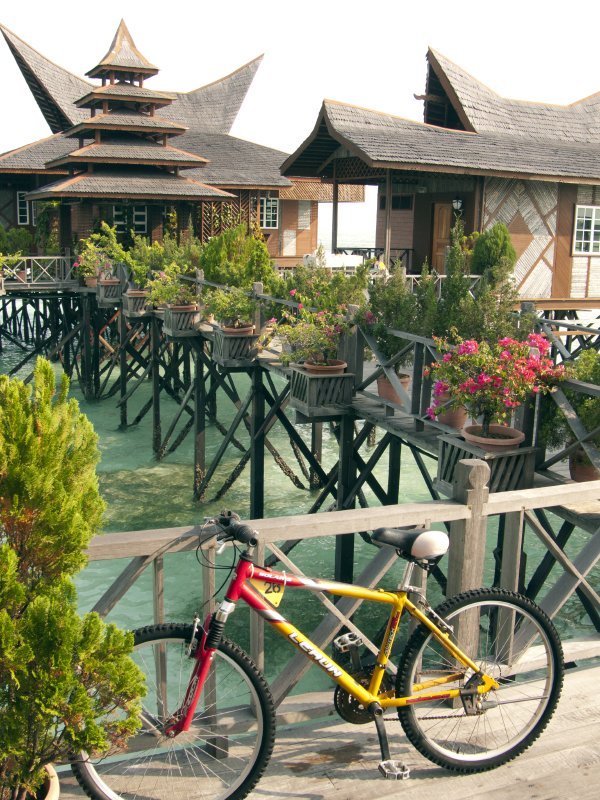 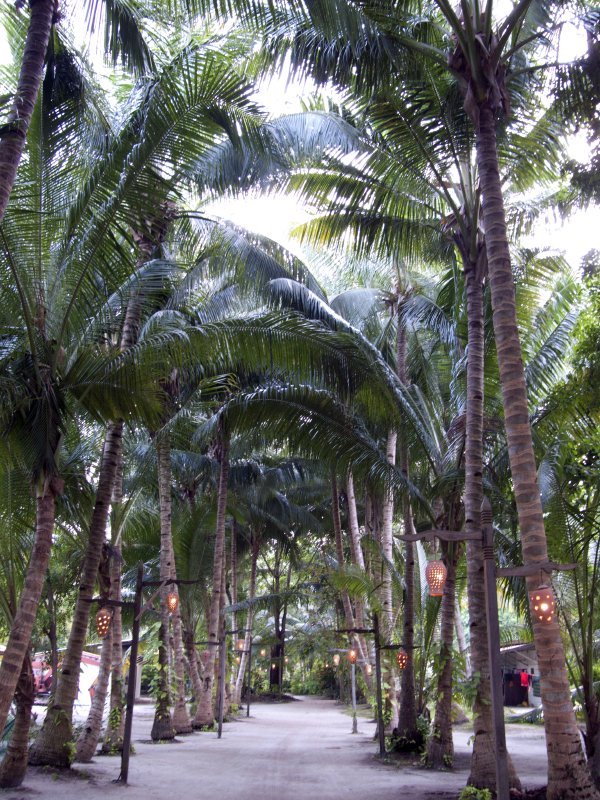 One of the stalls, that cater mainly to visitors. 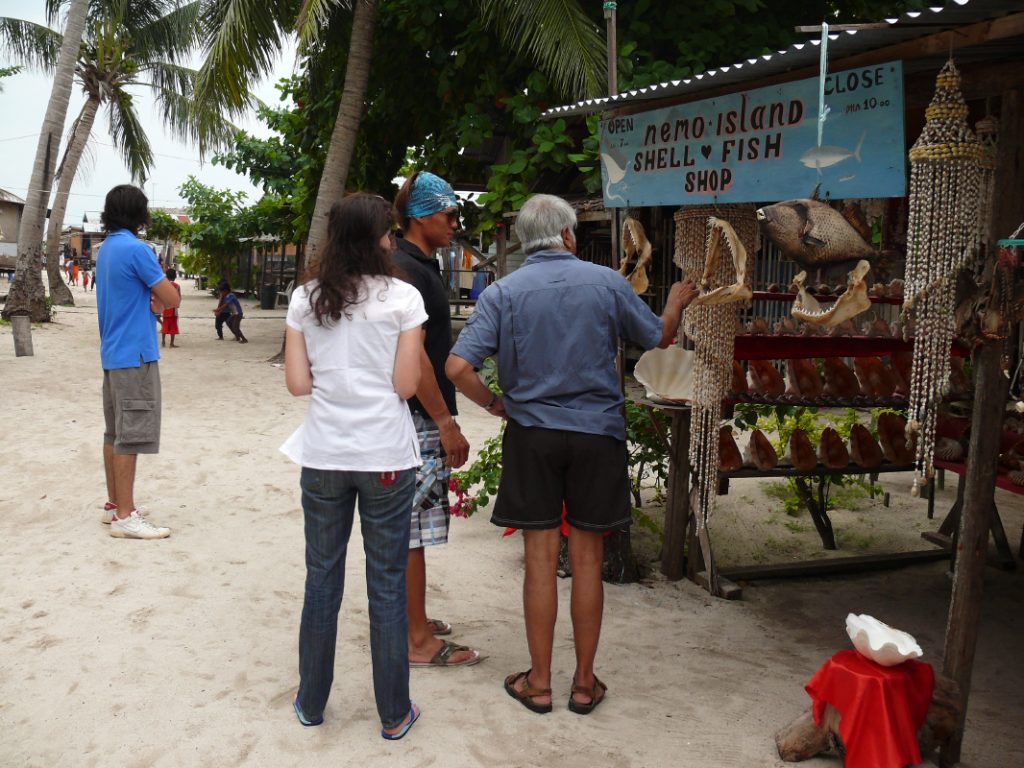 And back to the Water Bungalows: 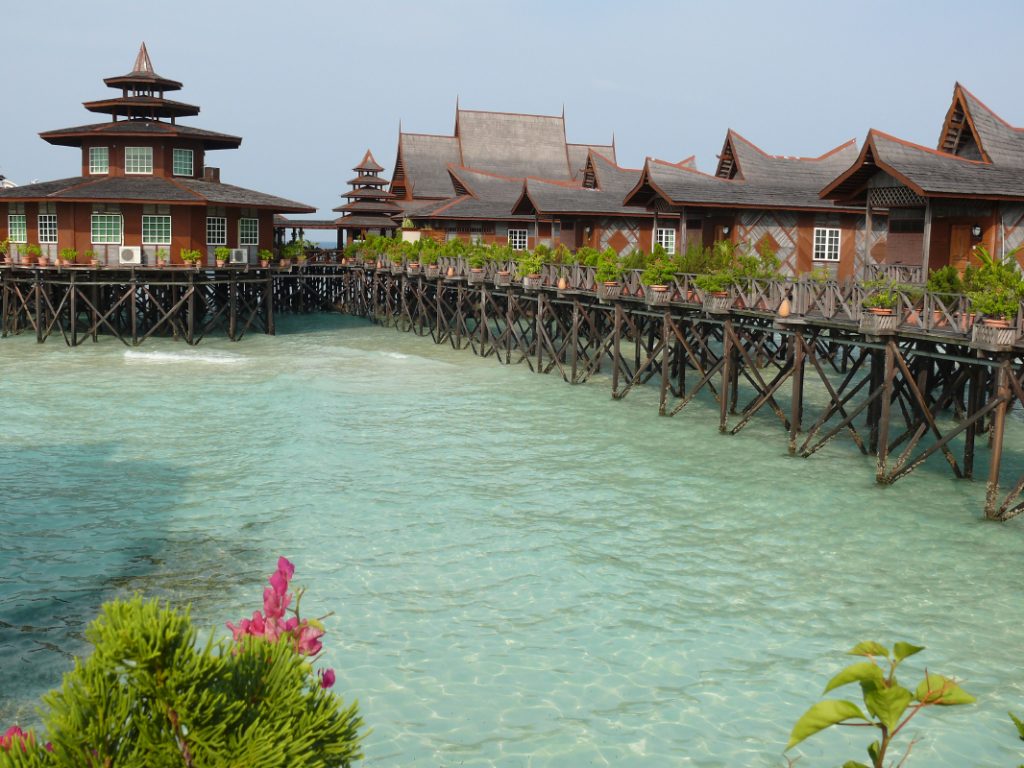 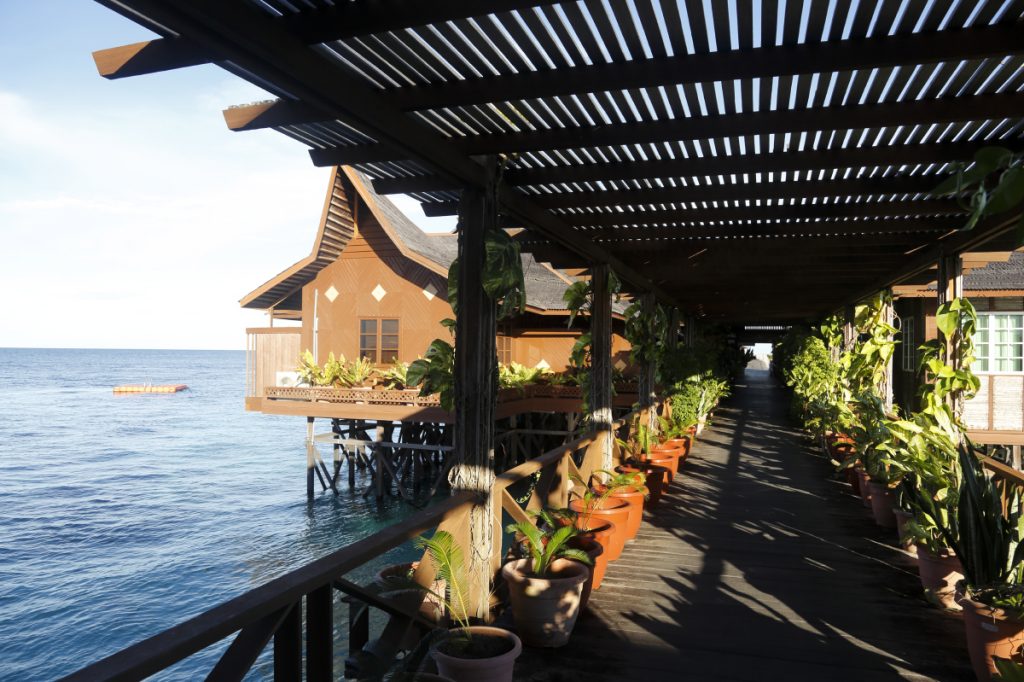 It is all charming, beautifully maintained and staffed with friendly co-operative staff.

There were a couple of changes in the 6 years between our visits, not to the standard of the rooms nor the resort per se, but 2 changes that should definitely be noted.

In 2009, a majority of the guests were European and virtually everyone was a diver.

Fast forward to 2015, and the situation was very different.  The majority of the guests were mainland Chinese, most of whom were not divers, but exuberant (and rather noisy) snorkellers. Unless you dive on the house reef, close to the resort, the obsessively-selfie-taking Chinese (many of whom seem to swim fully clothed and wearing rubber rings and arm bands) are not an issue.  The menu in 2015 seemed to be a little more Chinese than I’d remembered it from 2009, but I guess that’s inevitable. 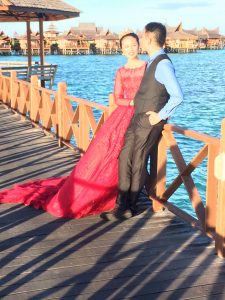 The second change was the presence, very discreetly, of soldiers.  I used to go for a run every evening, up and down the connecting wooden walkways, one of which juts out into the sea, and one night when I went out later than usual, I came across a group of soldiers.

There has been, sad to report, kidnapping incidents – and worse – involving Abu Sayyaf (a terrorist outfit operating out of the southern Philippines) and these soldiers are now stationed at Mabul to protect staff and guests.  They were very discreet, and always friendly, but you have to know that there is a certain element of risk.

The diving was excellent – that is not under the control of the hotel, of course, but their boats, dive-masters, boat crew, dive centre staff were, without exception, friendly and competent.

On the days when you get to dive on Sipadan, the boat leaves very early, but there is always a light self-service breakfast and – oh joy of joys –  good coffee available, even at dawn : 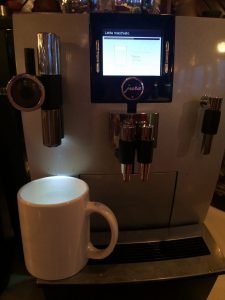 There’s even a house moggy to keep you company. 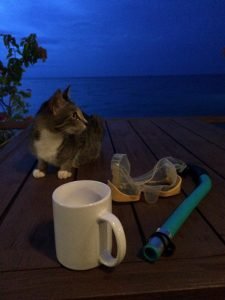 We had 2 memorable stays there, both for significant birthdays…which is why being charged Ringit 15 for a broken glass was a silly irritant.  When you have spent a lot of money (the resort is not cheap)  to be charged for a broken glass…it wasn’t the money, obviously, just – quite frankly – the pettiness.

But that would absolutely not stop us from re-visiting, nor from totally recommending it.

Be sure to check the security situation before you go, and then make your own decision, balancing the fabulous diving with the possible safety issues. 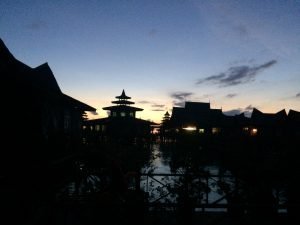 I can’t honestly tell you about rates, because they are a function of season and then there are the diving costs to add on.

Here is the link to their website, where you can enquire about rates.

We paid our own way both times and I did not tell anyone there that I blog.