The Peak in Hong Kong is super touristy, with coach-loads of tourists selfie-ing away to glory.

The tourist tat gets worse with every visit – & is set to get even more so, once that giant Coca Cola can is up & running for even more selfies…

BUT, the good news is, The Peak Lookout stays as classy and elegant as ever.

We’ve eaten there a few times before – the last time in 2014 – and there is a sense of timelessness about the place, which is welcoming in a place like Hong Kong, where change is the norm.

We trundled up the Peak in a double-decker bus – as one does – made a reservation, and then wandered through the tourist hoards for a while, before succumbing to the heat, the humidity and the noise of a zillion selfies being taken, and headed for our 30th wedding anniversary lunch. 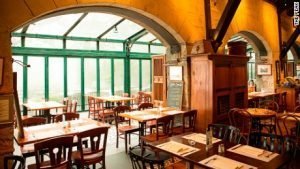 We’d requested a table outside, but the charming girl on duty asked us if we were sure, since it was so hot out.

I had pleasant memories of dining under one of the beautiful shady trees, as I had done on my last visit, but that was dinner, and this was lunch, so we moved indoors.

Lovely food, efficient attentive service, and I do so like the look and feel of the restaurant. 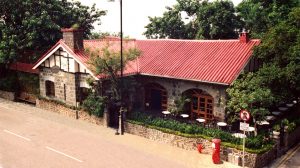 The building, a 19th century Grade II listed building, is a piece of Hong Kong’s history.

“In 1901, the site was handed over to the government and built into a chair shelter and rest place for sedan chair carriers for both public and private sedan chairs.”

For lunch I had oysters, which were on a special promotion & they were delish. 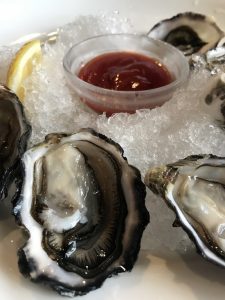 Followed them up with mussels, which were equally delish: 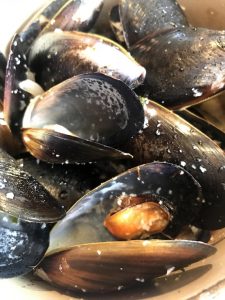 Hubby celebrated our anniversary with a club sandwich, which he declared excellent:

We paid for our lunch, didn’t mention that it was our anniversary, nor that I blog and review. 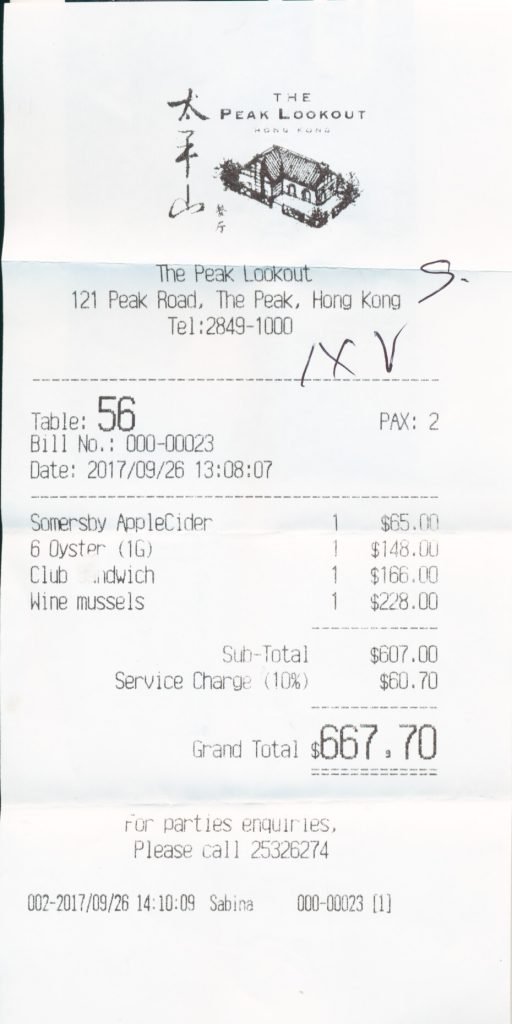