What a let down.

The story, that of the unlikely friendship between an ageing Queen Victoria and her Indian servant, is not only a delectable one, but the additional fact that Abdul Karim’s diaries were only recently discovered is also thrilling.

Add the incomparable Judi Dench to the mix, and we should have had the blockbuster to beat all costume-historical-sweeping-blockbuster-epic-y thingies.

Judi Dench is her usual incomparable self.  Not one word of criticism about her performance.

She is absolutely perfect as Queen Victoria. 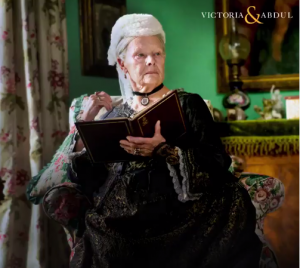 But for the rest of the cast…yet again, at the risk of repeating myself, what a let-down.

I haven’t read the original book, nor do I know enough about that period of British & Indian history to speak with any authority, but I’m pretty sure that an Indian servant like Mohammed would not have slightly cheeked off the British, used words like “bloody” and been so, well, so 21st century in his open disdain for the British and their way of life.

Also, and I may be over-estimating Queen Victoria, but would she really not have known the background to the Koh-i-Noor?  One of her prized pieces of jewelllery? 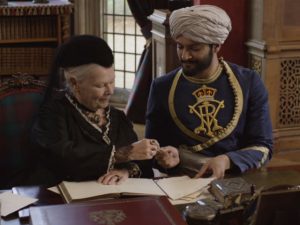 Great eye-candy, totally, but what a sadly one-dimensional portrayal.

The actor is utterly charming, and you like Abdul unwaveringly, but other than smiling sweetly and affectionately at HM, what else does he do?

Lovely visuals, as one would expect, but that was it. 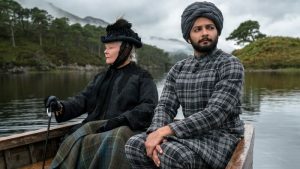 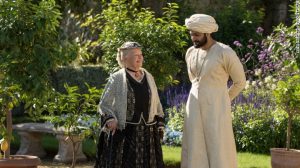 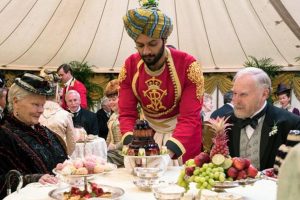 Didn’t care about any of the other characters, they were all so 2 dimensional.

This movie could’ve been fabulous.

Instead, it was formulaic, and even a little silly at times.

But, having said that, it is still worth seeing for the wonderful Judi Dench.