Fab footage for steam train fans (and let’s face it, who isn’t a fan of steam trains?).

Despite all of the above, and without wishing to sound ungrateful and churlish, Kenneth Branagh’s “Murder on the Orient Express” never quite lives up to expectations.

The list of this amazing cast is endless, but, with the exception of Mr. Branagh who produces/directs/stars in the film, they all seem under-utilised, Judi Dench in particular.

The film is a visual treat, undoubtedly, with lots of lovely footage of the Orient Express chugging its slow and stately way across snowy Europe.  Never have the Swiss Alps looked so gorgeous.

Avalanche stops the train.  A murder occurs while the train is stranded.  Whodunit?

And I can’t spoil the plot for you, so let’s leave it there.  I knew, of course, who did it, having seen the 1974 film – which has an even more breathtaking cast than the 2017 version, if that were possible.

Very much enjoyed Mr. Branagh’s less caricatural portrayal of Hercule Poirot, though, if I might be so bold – what’s with the moustache/s, Mr. Branagh?  Downright weird.

I don’t really see what this film achieves, other than making M. Poirot a little more thoughtful and a whole lot more theatrical. 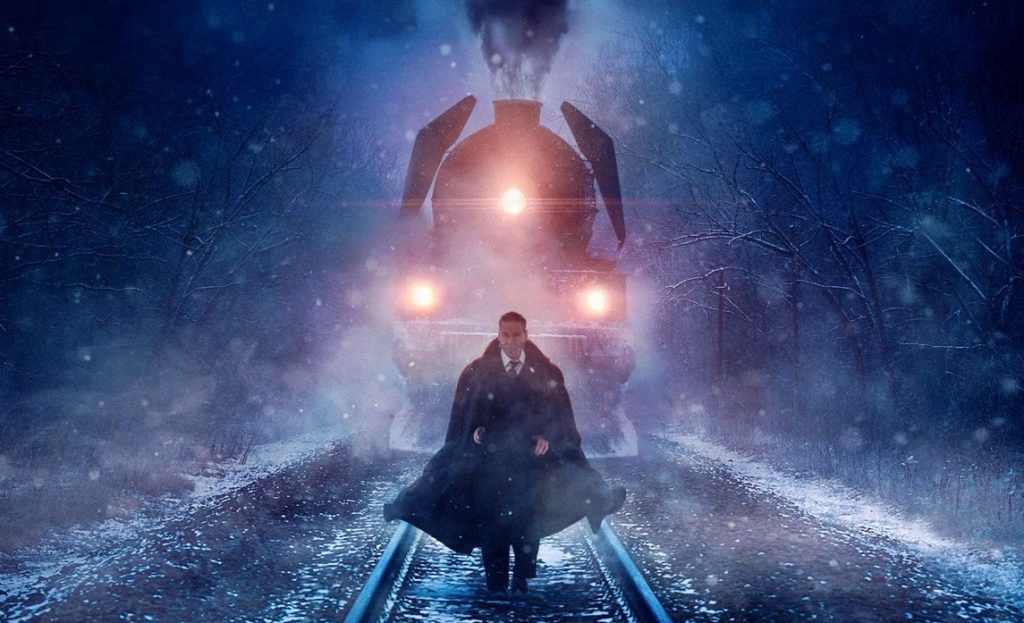 But not, I fear, a great film.