A veritable embarrassment of riches. 2 amazing films, back to back. 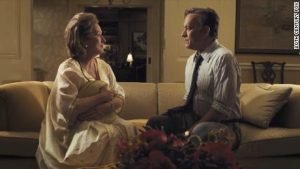 At the risk of sounding as though I’m writing those slightly corny one-liners that are quoted on movie posters, The Post is a triumph.

The film is a brilliant re-enactment of those not-actually-that-far-off days of the Pentagon Papers and then Watergate.  The major theme of the film, the necessity of a free press, ready and able and allowed to expose the wrongdoings of government is stunningly contemporary, when you think of President Trump and his campaign against the press.

The film also taps into another historical seam that is bang-up-to-date, namely the attitude to and treatment of women.  In my Delhi cinema today, there were cheers when Meryl Streep raises her hand to stop yet another man from interrupting her.  There were also cheers when Ben Bradlee’s wife explains why she thinks Katherine Graham is brave for taking the decision to print the Pentagon Papers, in a world where women are ignored and – if noticed at all – are interrupted and patronised. 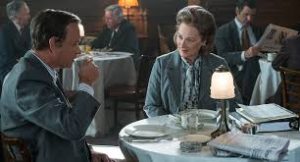 It was these fascinating links to Trump and to the #metoo movement that made this film so compelling on different levels.

As one expects with a Steven Spielberg film, The Post is beautifully filmed, and with faultless period details – oh, Meryl Streep’s clothes, how perfect are they? The scenes on the print room floor, of the type setting and the columns of newsprint winding their way up and down the factory floor in an almost balletic way, are visually stunning.

There is not one single thing to dislike/criticise/wish were otherwise in this movie. 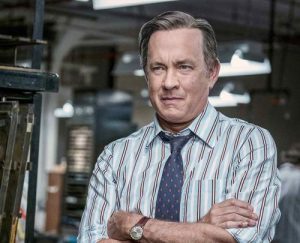 From the splendid performances of those two giants of the cinema, Tom Hanks and Meryl Streep, down to the hippie crowds protesting in the street, to the young women on the court room steps, looking respectfully and admiringly at Katharine Graham – every detail is perfect.

Tom Hanks is as electrifying and convincing as ever.  His Ben Bradlee is a driven, energetic, kind, principled man. 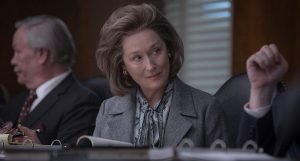 Meryl Streep…well, what can one say?  I am totally in love with Ms Streep, and am unable to think of a single performance of hers that hasn’t been perfect.  She is talented, versatile, intelligent, principled, gorgeous (and, I like to believe, just so darn nice).  As a human being she makes sense and talks sense, and I have always admired her hugely.  As an actress, she is beyond talented.

In case you hadn’t noticed, I’m a fan.

I am thrilled to learn that I am not alone in lusting after the kaftan Ms Streep wears in the party scene – when she makes the decision to go ahead and print.  It is a gorgeous confection and there is a Vanity Fair article praising it – here’s the link, which describes this white and gold kaftan as the best movie dress of 2017.

Loved the timeliness of it.

Before I wrap up this gush-fest, just have a look at this, below: 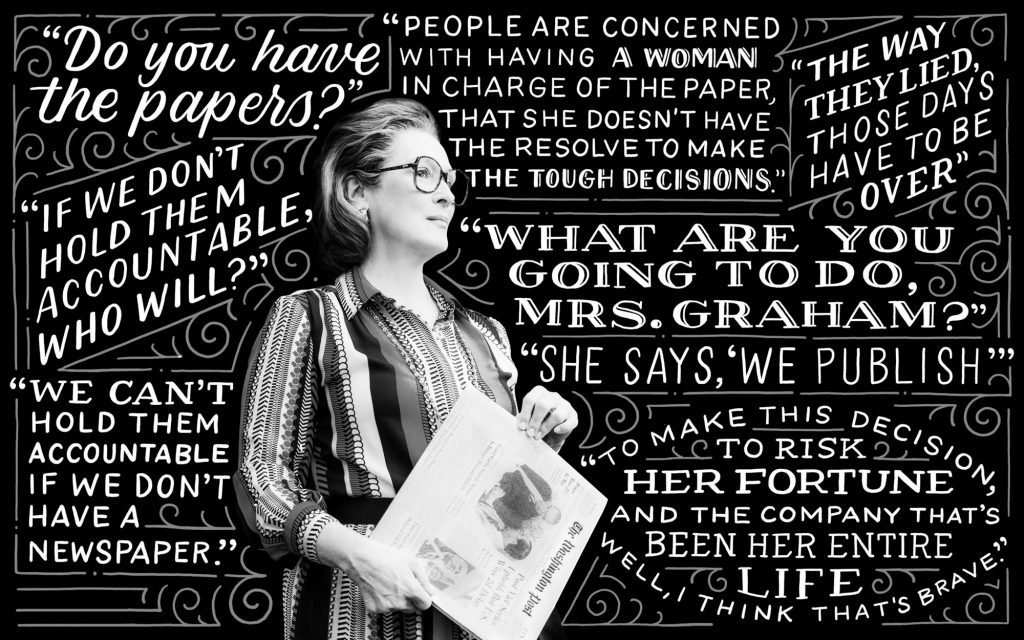