Disclosure, before I even start my review

I have recently been named an ASICS Running Influencer, and, on the advice of my running coach, I chose the new DynaFlyte 3, in which to run and train.

ASICS has, however, placed me under no obligation whatsoever to write a review, favourable or otherwise, of these shoes.

So, what do I think about these shoes so far? 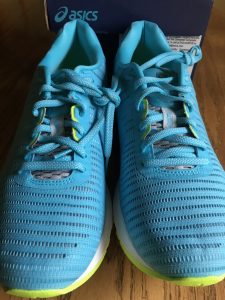 I’ve only had these lovely shoes for 2 weeks, but have already run 101km in them, including a half marathon.

So I feel that a “first impressions” review is in order. 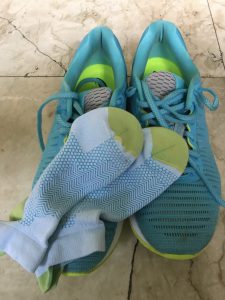 I live in New Delhi, India and in the 2 weeks since I’ve used these shoes, I’ve run on a variety of surfaces:

The shoes felt comfy from the first second I put them on, in the shop, and had the lacing explained to me, including the need to use the spare holes, as you can see in the photo, below: 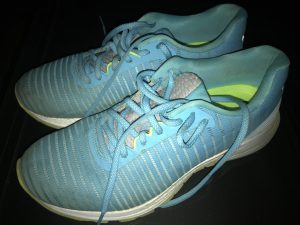 I’m just a humble runner, not a running-shoe expert, so this might not be as technical a review as it should be.

Here are the official technical specs: 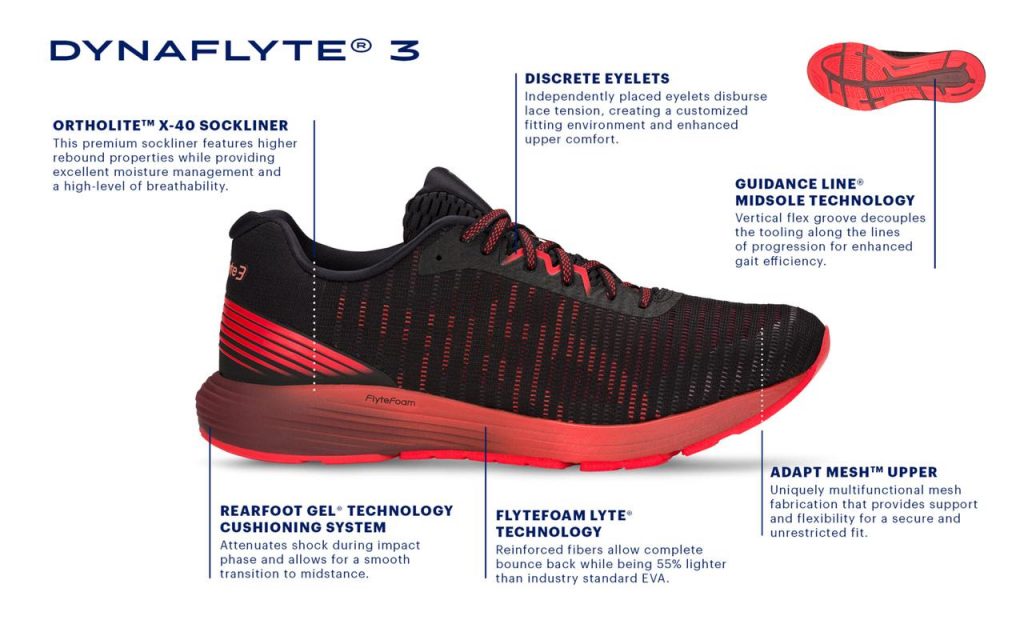 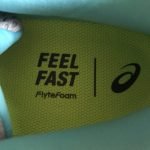 As I said, from the outset, the shoes felt super comfy, and I have had no discomfort, no blisters, nothing.  I wondered whether running a half in them, after only 80km testing, was a good idea, but since they had felt so good since Day One, I decided to go for it.

We had a good run (gold medal in my senior age category) so my DynaFlyte 3s and I have got off to a great start.

As the tag line says, I did indeed “feel fast”.

I didn’t weigh my shoes, so offer you the detail below as I found it online:

The cushioning at the back of the shoe – the Rearfoot Gel technology – is there to mitigate the shock of the impact on your heels and it makes for a great, comfortable feel: 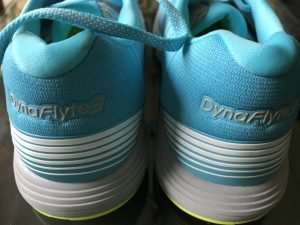 Then there’s the Flytefoam gel being Lyte technology midsole, the combined effect of this and the gel making the shoes feel incredibly bouncy. 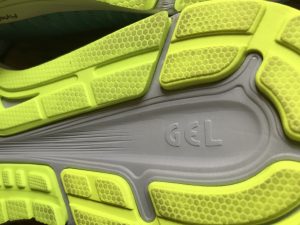 I know that “bouncy” is not a technical term, but it is most definitely the way these shoes feel – lovely and bouncy. 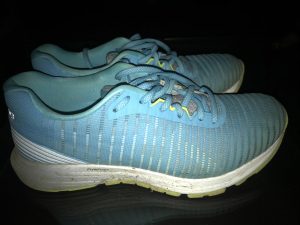 They are easy to put on, and fit snugly.

The ASICS logo is super discreet, and (in a cool touch) it is almost more visible when a light is shone on it – making them, I imagine, strikingly visible at night.  I’ve yet to run in them in the dark, so cannot speak from experience to that, but look at how the logo can be seen when the flash is on, in the photo above.  The name on the heel is also highly visible when light is shone on it. 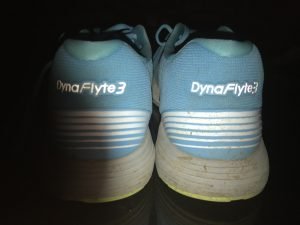 I’ll keep on running in these shoes over the coming weeks and months and will post a couple more reviews, as we evolve together.

But, since first impressions do count… 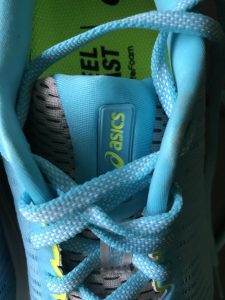 Pretty much love at first sight for me, and since we won a gold medal together, I think we’re going to get along just fine together.